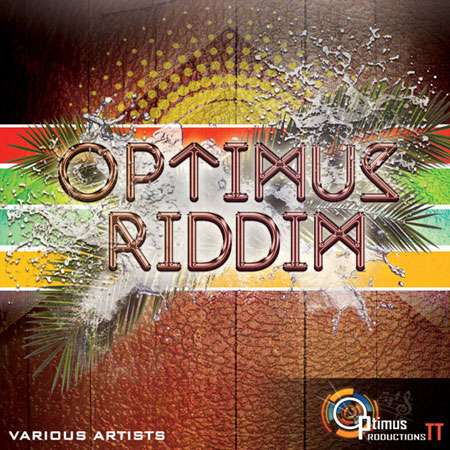 Producer Jesse John is at the helm of Optimus Productions TT and is thrilled to have his music now available to the global market. “It's amazing to have my music for sale by FOX FUSE because of the wide audience tied with the company and the stores as well,” states John. “My label will finally be known worldwide so our productions will reach the international fan base.”

Optimus Riddim is a zouk-style rhythm and John reveals the composition incorporates all Caribbean elements of soca. Soca star Benjai anchors the riddim with his breakout hit single “Dance," Sexy Trisha tantalizes with “Duh Stop Meh,” Collis Duranty thrills with “Pave The Road With Love” and Asten Isaac excites with “Lean.” Eugene Bass played guitars for all the tracks alongside Jesse John on bass, and their talents shine on the instrumental version, which rounds out the 5-track album.

Optimus Productions TT was founded in 2013 and is based in Palmiste, San Fernando in Trinidad and Tobago. John had a love for music from birth and started producing music at age 16. He worked with Marlon Asher on his Unconditional Love album in 2008, on a track called “Marry Juana.” It was after his work with Junior IBO Joseph (from 2008 to 2009) that he was exposed to soca music. He has since worked with soca stars such as Benjai, Shurwayne Winchester, Denise Belfon, Skinny Fabulous, Peter Ram and Zan, just to name a few of the talents this hit-house has teamed up with to craft its hits. Optimus Productions TT creates all genres but the primary focus is electronic, house and world music, and those influences can certainly be heard on the outstanding Optimus Riddim.

Optimus Riddim – Various Artists will be available worldwide from all major digital retailers on March 18, 2014, with pre-order available on March 4, 2014, from FOX FUSE. Follow Optimus Productions TT at facebook.com/OptimusProductionsTT, twitter.com/OptimusProTT and twitter.com/iJesseJ. Please direct all press inquires to the FOX FUSE Publicity Department at 1-212-300-3813 or contact@foxfuse.com.