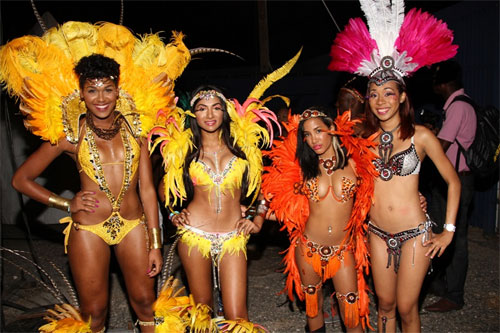 International disc jockey, D’Bandit is slated to hit the Mas Camp stage on March 14, for week two of Bacchanal Fridays. The fete series, which opened its gates to a massive, soca following last week, is expected to uphold its high energy atmosphere throughout the Easter season.  D’Bandit, a Toronto native and self-professed soca junkie, has big shoes to fill, after opening night’s exceptional music selecting by disc jockeys, Richie R.A.S, Smoke and Sanjay. Local favourite, DJ Smoke of Renaissance will also return for another night of liming.

Week two of Bacchanal Fridays is sponsored by popular media publication, The Jamaica Observer, which has unwaveringly supported Bacchanal since its inception. Die-hard ‘bacchanlists’ can look forward to the sounds of sweet soca blended with the fun vibes that the Friday night fete is well-known for, along with other exciting activities from the night’s host.

When asked to comment on the Observer’s scheduled activities for this Friday, Assistant Manager of Marketing and Communications, Pamille Shaw-Blair indicated that the newspaper recently launched its "Chip Dung the Road" promotion on Tuesday, March 11 to get patrons revved up for the carnival season. The competition, requires entrants to “clip a bacchanal coupon that will be printed all this week in the paper, and then drop their entry into the Observer branded box located at the Mas Camp this Friday night”, said Blair.  Two randomly selected male and female names will be taken from the box, and announced at midnight. The lucky winners will each win a free costume from the Jamaica Observer’s 2014 section, Tristan and Isolde.  Fans are also encouraged to stay tuned to The Jamaica Observer’s social media pages for more exciting giveaways throughout the Bacchanal period.

Tickets for Bacchanal Fridays are on sale at the Mas Camp, Pita Grill, Zimi Tickets as well as the Ammar’s – Village/Mall Plaza, King Street and Sovereign outlets. Season bands for the much acclaimed Appleton VIP area are also available at the Mas Camp.

This article is part 3 of a 14 part series. Other articles in this series are shown below: