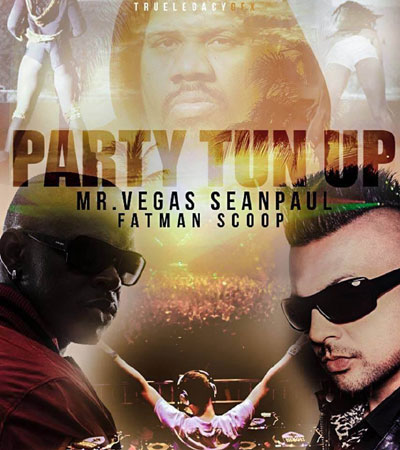 Directed by Ramzi Farris of West Wall Street LLC, the video features the additional vocals of Sean Paul and the prompting of FatMan scoop; both adding complementary elements to the already popular smash.

The Party Tun Up Remix video was choreographed by three-time MTV VMA-nominated choreographer Tanisha Scott who is best known for her work with Rihanna, Alicia Keys, Sean Paul and Beyonce and is noted for incorporating Jamaican dancehall moves into mainstream American music.

Shot in November 2013 at two of New York’s more popular  and exclusive clubs, WIP and Greenhouse;  Party Tun Up the remix has a natural party vibe and with the original track already boasting a massive following worldwide there is now a visual element to the remix which itself has won its own fans.


Laced over an infectious up-tempo beat, the Party Tun Up remix video is a dance infused, visually energizing five minutes of fun and frolic, mimicking the actions of women the world over who have been dancing to the original track over the past year. Mr. Vegas is at his best, Sean Paul adds his star quality, Fatman Scoop brings his gritty hip hop vibe and dancehall artistes Ding Dong and Rayvon as well as Dutchess from the Vh1 reality show Black ink close the deal on what is a high quality, visually appealing effort.

The video for Party Tun Up the remix has a clear international feel and is at home on the video list of not just dancehall but international music fans. So far, the video has gained over 11 million views in five days on the popular World Star Hip Hop site and has been added to MTV.com, MTV Jams and VH1 Soul along with getting high rotation on several top radio stations.