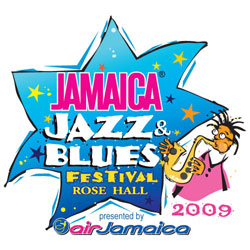 Kingston, Jamaica:- The 2009 Jamaica Jazz and Blues Festival, slated for January 22-24 at Rose Hall, Montego Bay, promises to deliver more of the high-class entertainment patrons have come to expect since its 1996 inception. Despite the worldwide recession, Turnkey Productions, festival organizers have pulled all stops and are going the extra mile to lure visitors to the beautiful shores of Jamaica for the Festival.

Zachary Harding, Deputy Director of Tourism at the Jamaica Tourist Board, said the Festival has been marketed in a different light this time around. “JTB officials sat down with several leading North American tour operators and drafted a comprehensive promotion plan that will give show-goers more than music. What we have done is package the Festival as a destination within a destination. There’s going to be general sightseeing, shopping and a chance to see attractions on the site itself (Rose Hall),” Harding said.

For tourism interests in the Montego Bay region this is good news. Wayne Cummings, President of the Jamaica Hotel and Tourist Association, explained that the Jamaica Jazz and Blues Festival takes place during a lull in the winter tourist season, and usually provides a much-needed boost for the industry. “The show has been good for the economy of the area. It is fast becoming a “filler” because for two weeks hotels are sold out in and beyond Montego Bay,” Cummings explained. 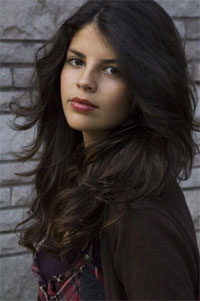 In addition to the large hotels that benefit from the Festival, villas, taxi-operators, craft vendors, duty free stores, boutiques, spas restaurants amongst small to large vendors do some of their best business at this time. Kerry Brown, a supervisor at Scotchies, a restaurant popular for its jerk chicken, pork and fish, remarks that the Festival has been good to the establishment which has outlets in Coral Gardens, a Montego Bay suburb, and Drax Hall in St. Ann. “We don’t have a big menu, but they (visitors) love everything…the jerk chicken, jerk pork, the sausage. We also have a stall at the show, so we do good business,” Brown said.

Over the years the festival has had some of the biggest names in pop and jazz music performing on its stage. Names such as Al Jarreau, Kenny Rogers, Kenny G, Buddy Guy, Toots Hibbert, Smokey Robinson, Diana

This year will be no exception to the norm and in fact plans to be a memorable one, with producers Turnkey Productions putting together an outstanding lineup of many sought after artists and groups headed by Multi-Grammy award winner Lionel Richie and to include Atlantic Starr, Robin Thicke, Lou Gramm, Nikki Yanofsky, Matisyahu, The O Jays, Loss Van Van, Chicago and Estelle to name a few.

The Jamaica Jazz and Blues Festival take place January 22-24 at the Aqueduct on Rose Hall Montego Bay. Tickets are available at a cost of US$80 per night; special packages of US$155 for Friday and Saturday nights and US$235 are also available for season passes. Patrons who which to upgrade to VIP passes may do so at a cost of US$20 for Thursday Night, US$40 for Friday and Saturday nights and US$60 for the season passes. Tickets are on sale at Acropolis Gaming and Entertainment Centre, El Paso Records, Fairview Texaco, Fontana Pharmacy, Rory’s Texaco, Villagio Gaming and Entertainment Centre, Touchstone Ticketing and Paymaster outlets island-wide.