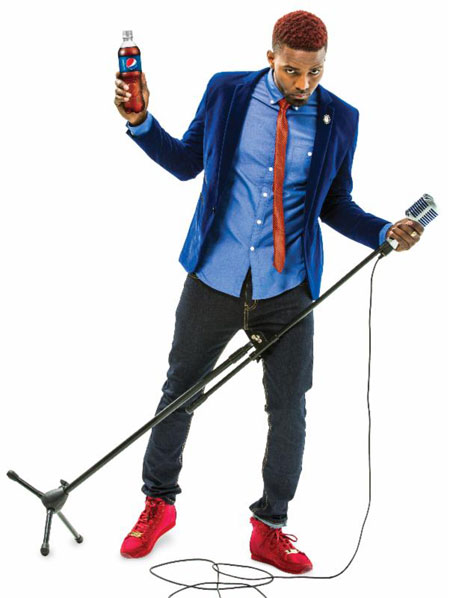 New York, New York (March 20, 2014).  Pepsi has done it again! Jamaica's favorite cola has inked a deal with one of dancehall biggest and brightest stars, Konshens.

Over the years Konshens has been building an arsenal of hits including 'This Means Money' 'Good Girl Gone Bad' featuring Tarrus Riley, 'Realest Song', 'Gyal A Bubble' and 'Do Sumn', just to name a few. Konshens has performed on almost every major reggae show across the world and has racked up several international and national awards.

According to Carla Hollingsworth Brand Manager Pepsi Konshens was the ideal choice as he is a perfect fit for the brand.

"Konshens is an extremely talented, ambitious, young entertainer. He has shown his skill on the stage and in musical circles he has demonstrated professionalism and dedication some of the attributes that we like to see here at Pepsi," Hollingsworth said.

"He will be a part of the re launch for Pepsi Bubbla campaign, which we are ecstatic about. We will also have Konshens as the face of the Pepsi Music Platform for major events, Hollingsworth added.

To celebrate this major signing Pepsi Jamaica will be re-introducing Pepsi Bubbla at $50 JMD for a limited time.

"We are giving back to the consumers in a very special way. The product Jamaicans have come to love and enjoy has decided to 'tun up' the refreshment by re-introducing Bubbla at $50! We are excited about this and know consumers will be too," Hollingsworth explained.

The Bubbla is a stylish 500ML bottle that is lightweight and has a slender grip for the convenience of consumers while boasting the same signature blue and red colors of Pepsi. It is available in all outlets in Jamaica.

Currently, getting ready to release his second full length, worldwide album, title 'Hotel Room', Konshens is also gearing up to shoot the video for his first single.