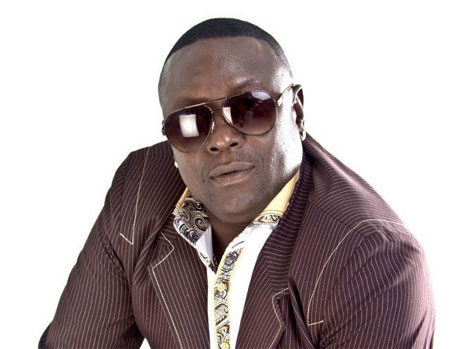 Bacchanal will host its first highly anticipated band night, this upcoming Friday, March 28. Slated to perform is the Trinidadian musical assembly, The Roy Cape All Stars Band and Blaxx. Bacchanal Fridays will mark the first performance of the combined act in Jamaica and is predicted to muster large numbers for the night. The band is most recently known for last year’s collaborative mega hit “Leh Go”.

Legendary musician and band leader, Roy Cape’s enchantment with music ignited at an early age through his ventures into ‘panyards’. It was his first love the steel pan that later led him to discover the beauty of other instruments including the clarinet and alto sax. In his early adult years, Cape’s versatility made him the obvious choice for instrumental lead during his career with the “Kingdom of the Wizard” calypso tent group.  Now decades later, Cape’s résumé boasts countless performances, studio time, the assembling of Roy Cape and the All Stars Band as well a multitude of jam sessions with artistes such as Black Stalin, Sparrow, Kitchener,  Machel Montano, Arrow, Swallow, Beckett, Gabby, Duke, Super Blue, Shadow and Rose.

Similar to his legendary partner, Blaxx’s musical journey also began at a young age. Through his father’s mentorship, he quickly discovered his passion for the industry and magnetism for the stage.  Throughout his career, Blaxx performed alongside bands such as the “Atlantic”, “Blue Ventures” and Jamaica’s very own “Byron Lee and the Dragonaires”. Little to Blaxx’s knowledge, the acclaimed musician Roy Cape, was very much in tune with the youngster’s commendable talent and career achievements, which soon persuaded Cape to recruit him.

The merger of the two talents along with the rest of the All Star gang eventually materialised in 1999. Since then, the two acts have managed to preserve the highly esteemed band’s name, which has often been regarded as a pillar of the Soca Music industry. The cohesive synergy and versatility of the band is attributed to the shared desire to provide fans with the most exhilarating experience possible.

The highly acclaimed band will share the night with major sponsor Appleton. The spirit company is expected to dish out a plethora of exciting carnival themed activities, one of which will include the delightfully entertaining Moko Jumbies. Appleton is also the sponsor of the event’s VIP area, which continues to receive rave reviews from patrons. 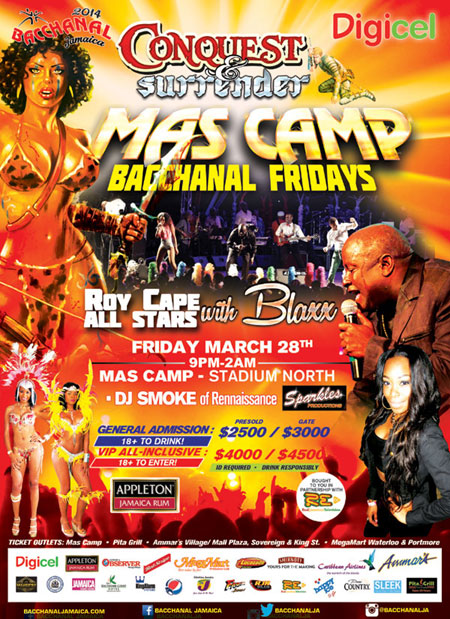 Tickets for Bacchanal Fridays are available at the Mas Camp, Pita Grill, Zimi Tickets as well as the Ammar’s Kings Street, Mall/ and Sovereign outlets. For more information on Bacchanal Jamaica visit www.bacchanaljamaica.com or follow the Easter series on Facebook at BacchanalJamaica as well as Twitter and Instagram @Bacchanalja.

This article is part 6 of a 14 part series. Other articles in this series are shown below: