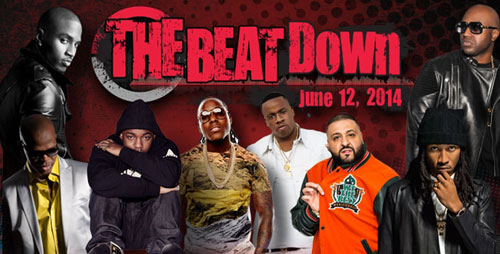 Kingston, Jamaica:- International Dancehall Star Mr. Vegas is set to add yet another milestone to his expanding career. The artiste, who is currently on a multi-city tour of the United States, has been officially added to the lineup for Miami Urban Radio 103.5 The Beat’s 2014 Beat Down Concert at BB&T Centre in Miami on Thursday, June 12, 2014.

Branded as one of the hottest urban music shows in Florida, the 2014 Beat Down Concert will feature the biggest names in Hip Hop and R & B and now also the hottest name in international Dancehall Music, Mr. Vegas.

Mr. Vegas says he is excited at the opportunity to perform on a stage with some of America’s best performers, “I am very excited about this show. We have been on tour for the last month and it is good that the people continue to listen to my music. This concert is another way for me to reach new fans and continue opening doors for Dancehall Music”.