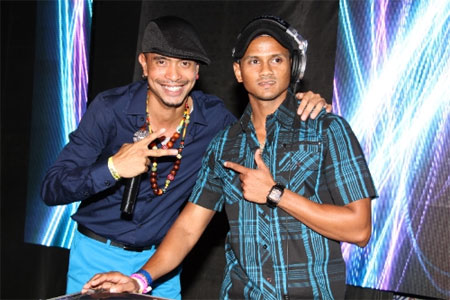 Shades of red dominated the Mas Camp last Friday night as Bacchanal Jamaica in association with the Island Vibes crew unleashed Red Conquest on the Bacchanalists.  By 11pm the Appleton sponsored Forbidden Estate VIP was well patronized, while the crowd steadily gathered in the general areas.  By 12: 15 am when DJ Nuphoric from Trinidad entertained with a solid playlist of 2014 Soca music mixed with some oldies but goodies, the Camp once again had its fill of excited soca revelers.

The red theme was propagated throughout the décor of the while Appleton ensured that patrons were well outfitted with red branded rags and mugs and Digicel not to be outdone, handed out branded, inflated wave sticks that also glowed red. All in all there was no doubt that night was indeed a Red Conquest. 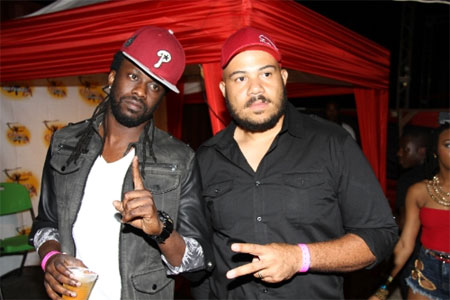 At 1:00 am, a release of hundreds of red helium balloons signaled the appearance on stage of the headline performer Skinny Fabulous. As the night sky filled with red, he belted his mega 2014 hit “Worst Behaviour” to the delight of the audience. He followed this with his 2008 hit “Head Bad” and continued with hit after hit keeping the vibe and energy of the Mas Camp high.

The entire team was pleased with the night’s turnout.  “We did quite a bit of promotions through flyers and social media and we also engaged the students at UWI and UTECH to ensure they would also come to the Mas Camp, commented DJ Richie Ras.  Director of Bacchanal Jamaica Charmaine Franklin remarked, “This was the first collaboration that we have done with the joint goal of expanding the carnival experience and participation and it has proven to be quite successful”. 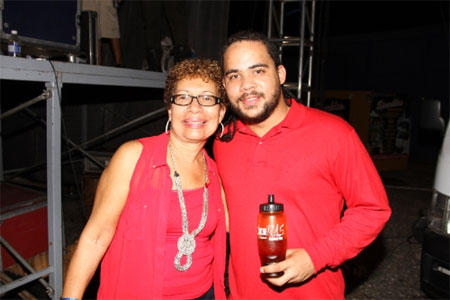 The reveling continued after the performance as patrons seemed pumped and able to continue throughout the night.  The Bacchanal Friday series climaxes this week when the Queen of Bacchanal, Destra takes the stage.  The Digicel sponsored night is highly anticipated as the combination of Destra and Digicel always brings energy, vibe and lots of specials and surprises.

Tickets for Bacchanal Fridays are available at the Mas Camp, Pita Grill, Zimi Tickets as well as the Ammar’s Mall/Village, Sovereign and Kings Street outlets,

This article is part 8 of a 14 part series. Other articles in this series are shown below: