Four incredible weeks of Friday night, soca bliss will officially come to a close on April 11, when the Queen of Soca, Destra Garcia takes the Mas Camp stage.  Garcia will perform alongside the Bakanal backing band on the Digicel sponsored, finale night. 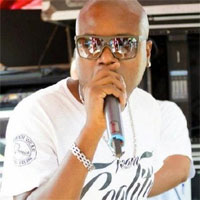 After a spectacular opening night in March, Bacchanal Fridays continued to exceed the expectations of patrons, with a series of exceptional performances and fun feting. Friday nights belonged to soca and with a slew of extraordinarily, talented disc jockeys on board, Bacchanal supporters never left disappointed.  Friday’s showcase will include Garcia, a favourite among Bacchanal fans as well as music selections by DJ Kurt Riley.

Destra’s rise to the soca monarchy ensued with the release of one of the most popular soca songs to date, “It’s Carnival”. The 2003 mega hit, which featured Machel Montano, was followed over the years with fan favourites, “Come Beta”, “I Dare You” and “Jumpin”.  Destra’s passion for music sprouted in her secondary school days, where the then teen received several awards and accolades for her musical performances.

Now, notorious for her high energy, powerful vocals and commanding onstage presence, Garcia is the perfect performer to help bring the Friday night series to a close and end on a high note.

While the highly acclaimed, soca artiste is expected to thrill the masses with 2014 tunes “Calling Meh” and “State of Mind”, she also shares the night with Bacchanal title sponsor, Digicel, who notably,  refuses to ever leave a crowd dissatisfied.  The telecommunications company has been a longstanding supporter of carnival not just in Jamaica but in the wider Caribbean region.  Through its steady efforts, Digicel has contributed significantly to the success of Bacchanal as well as the reemergence of soca’s popularity in Jamaica. With the dynamic combination of Destra and Digicel, this upcoming Friday night will surely be a memorable one.

Commenting on Digicel’s plans for the event, Tahnida Nunes, Senior Sponsorship Manager said, “Soca fans are in for a true experience for this weekend as we close out with a bang. We are literally going to light up Mas Camp with a high energy performance by soca queen Destra and our xylobands which each patron will receive upon entering Mas Camp.” Nunes further explained that xylobands are wristbands infused with LED which when turned on can be controlled to light up based on colour, speed or rhythm.

As the curtains set to close on Bacchanal Fridays, the Conquest and Surrender series shifts settings to James Bond Beach, Oracabessa, St.Mary for the annual Beach Jouvert. The paint-filled event will take place on Saturday, April 19 and will host performances by Bunji Garlin as well as Fay-Ann Lyons.

Tickets for the final installment of Bacchanal Fridays are on sale at the Mas Camp, Pita Grill, Zimi Tickets as well as Ammar’s Mall/Village, Sovereign and Kings Street locations.

This article is part 9 of a 14 part series. Other articles in this series are shown below: