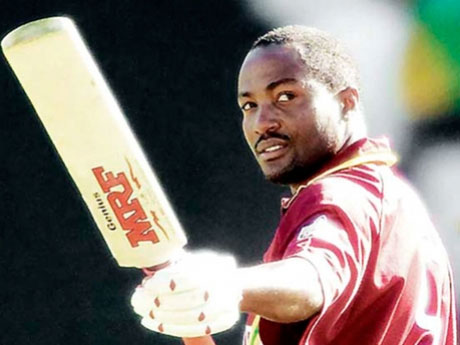 During the month of April, the world recognised the indefatigable achievements of one of the best batsmen ever – Brian Charles Lara – a proud son of Trinidad and Tobago soil. The anniversaries of his Test records 375 on 16 April 1994 and 400n.o. on 10 April 2004 did not go unnoticed by cricket commentators, historians and fans alike.

The Honourable Anil Roberts, Minister of Sport reflected on the career of the West Indies’ most prolific batsman saying, “On the 10 and 20 year anniversaries of these glorious batting displays, I wish to add my congratulations to Brian Lara whose innings versus England contributed in no small measure to his legendary status in the game. Those scores have been dissected and analysed in the finest detail but no-one could reduce Lara’s supreme talent and determination to a statistic.

“He grew up before our eyes and was always destined to be the greatest of all time. He simply demonstrated, in glorious fashion, and on West Indies home soil, that he was the best at his craft. We will never forget the joy and pride we all felt as fans to see a Trinidad and Tobago national execute an almost flawless innings, on both occasions, to become the highest run scorer in the game. Now retired, and cognizant of his power and ability to influence change, Brian attends to the needs of the less fortunate through the Pearl and Bunty Lara Foundation.”