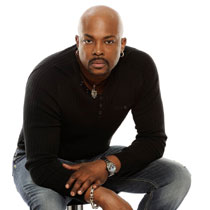 Toronto’s colourful and annual affair takes place at Yorkgate Mall in the Jane and Finch community which sees hundreds of revelers dressed in costumes that are a reflection of the rich cultural heritage of the Caribbean.  These colours are put on display as masqueraders parade along a designated route.  Organizers are pleased to announce Soca legend Anslem Douglas’s performance at this year’s festivities.

Born and raised in Trinidad & Tobago, Anslem is a Grammy Award winning Soca and Calypso artist with a loyal fan base.  This fan base has helped to push songs “Who Let the Dogs Out,” first recorded in Toronto, featured in commercials and played at sporting arena’s and famously covered by the Baha Men, as well as “When ah Dead Bury Mih Clothes” and “Big in the Dance” to acclaimed positions on charts and radio playlists.

In addition to Mr. Douglas, celebrated panist, Calypso Monarch, author and recording artist, Pan Man Pat will perform steel pan music, which, according to Mr. Gomez, GM and Artistic Director of Caribana Management Team, “is essential to the celebration of our culture.”    Pan Man Pat’s history includes introducing steel pan in schools in the Toronto area and taught students to play in Canada and Trinidad & Tobago.  Pat also played at the very first CARIBANA™ in 1967.

Embracing diversity, the festival welcomes Hip Hop star Subliminal (Sean Mauricette) who is no stranger to Caribbean culture.  Both parents are from Trinidad & Tobago. Subliminal is a famous beat-boxer, DJ, Lyricist, actor and producer with a unique style of music.  Taking the world by storm, his brand of hip hop meeting soul is dubbed Hip Soul.  Subliminal’s hit records include “In the Fields Again,” and his “Rob Ford” Dancehall Remix.  Subliminal has received several awards for his work with youth and community.

In addition, Dance Caribe, led by award winning, multi-talented Martin Scott Pascall, choreographer and artistic director who started the group 25 years ago, will perform a specially choreographed routine for the festival.  Having performed internationally, and at the 2010 Winter Olympic Games in Vancouver (2010), the groups’ variety will be a very strong visual element to this year’s festivities.

This year is expected to be ground breaking for CARIBANA™ Flags and Colours since a part of its outreach includes visits to schools in the community show costumes and make presentations.  The organization will also work closely with York Gate Mall management, community Groups, the Boys and Girls Club, JFCCO, 31 Division and others to continue to have a significant impact on the culture, economy and social development of Canadian Society.

Now in its 46th year, CARIBANA™ focuses on the Caribbean carnival arts and their potential to create positive change in the lives of children.  This year, the organization aims to have 500 children in the parade.