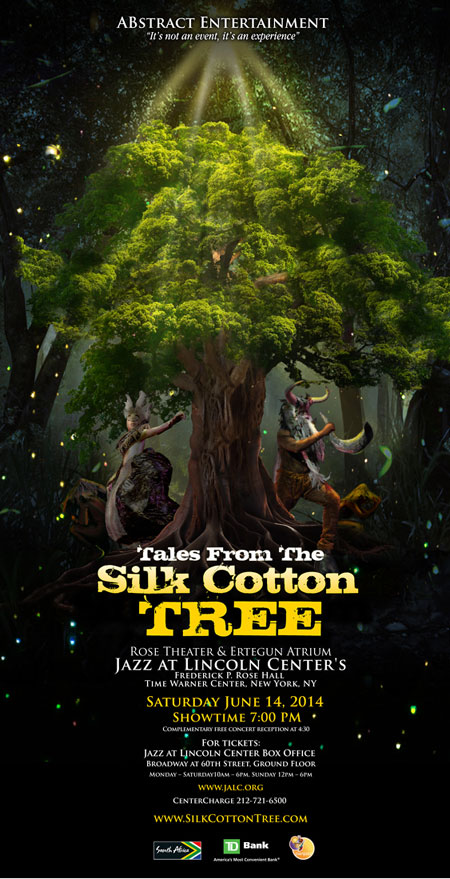 Abstract Entertainment Inc.  is happy to announce that Tony Award Winner and highly acclaimed vocalist and actress Tsidii Le Loka will  headline its production of  Inner Sanctum on Saturday June 14, 2014 at 7:00 pm at the Frederick P. Rose Theatre, Jazz at Lincoln Center.

She was the only performer invited to perform at Nelson Mandela's first International Press Conference in Johannesburg after his release from prison. Tsidii is winner of several top industry awards including Outer Critics Circle Award, Drama Desk Award, Drama League Award for Outstanding Performance in a Musical (for originating the role of "Rafiki") in Disneys’ THE LION KING ON BROADWAY, she continues to bring her electrifying performances and multi-faceted artistry to international audiences. Tsidii was  the only lead performer in the musical to be also involved in the creative process. Her composition, Rafiki Mourns is included in the Grammy Award winning album original cast CD of  Disney’s’ The Lion King On Broadway. She has also been awarded the prestigious Ivor Novello Award for International Achievement in  Musical Theatre from The British Academy of Composers and Songwriters. Tsidii won the highest number of top industry awards than any performer in the musical (The Lion King). 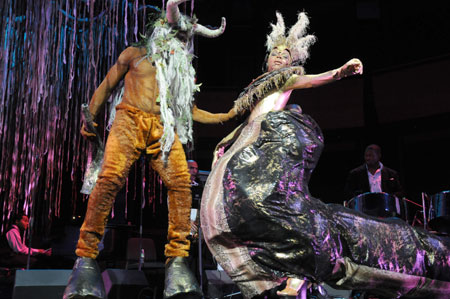 Ralph Ramsey, AEI C0-Producer says, "Tsidii leading our amazing internationally acclaimed cast including, Etienne Charles, Bakithi Kumalo, Ronald Boo Hinkson, Leon Foster Thomas, Kareem Thompson, Ron Blake and many more will surely delight our audience! From the moment guests enter the complimentary pre-concert reception beginning at 4:30pm in the Jazz at Lincoln Center Atrium to the final note of the concert they will have all their senses engaged! These folkloric tales told through live music and theater connects us all."