Promoters of Redemption Say It's Time To Dance Again, This Coming Saturday! 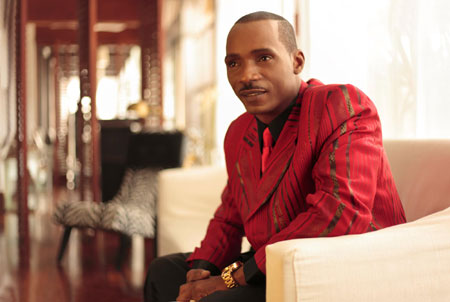 Port-of-Spain, Trinidad. May 26, 2014 --The stage is set and with the word Redemption on the lips of almost every person across Trinidad and Tobago, organizers of the concert experience are eager to pull the stage curtains open on May 31st. “Tickets are selling really well,” said an event spokesperson, explaining that $200 General admission tickets were already sold out and there were only a limited number of $250 general admission tickets available on Monday. “We’re expecting a massive crowd and we’re ready to deliver a world class reggae show,” he said excitedly.

Online, fans of the artistes have been weighing in on their absolute favourite songs by each. Beres Hammond’s catalogue is certainly an unbeatable one, but Sanchez too has some big numbers that are enjoyed by fans across the world. “We’ve been getting feedback from Tobago and it seems like we can expect Tobago to represent in a big way at Redemption this coming weekend,” said the spokesperson.

Over the years, there have been numerous concerts in Trinidad and Tobago, however truth be told, this event has gotten quite a favorable response from the public at large, with many envisioning a night of harmony- a vision, even organizers have had from the very beginning of production.

“Music is a universal language- we all know this,” said the organizer, expressing confidence that this show will help in rebuilding the sentiment of love for fellowman, in the hearts of T&T’s people. On Saturday, gates at the Hasely Crawford training grounds, open at 5pm with a prompt 7pm start time assured by organizers. “We have a show that’s built around the great hits of these world class artistes, hits that preach positive behaviour and deliver feel good vibes. We invite everyone to come out and dance the night away. Leave the negativity in the past and embrace positivity, love and goodness,” said the spokesperson.

For further information on the event, the Redemption hotline number is 772-7277.