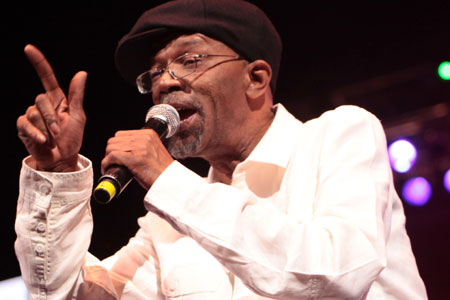 NY: Lovers rock king Beres Hammond, who has delivered many spectacular performances during his over 40 years in the music industry is excited about his upcoming performance at Groovin' In The Park in New York on Sunday, June 29th at Roy Wilkins Park in Queens, NY. Hammond will join Australian pop duo Air Supply, Chronixx and reggae quartet L.U.S.T. as headline performers.

"I am very happy and very fortunate to be a part of such a wonderful movement" he told Groovin' radio (WVIP FM) listeners in the tri-state area last week when asked about the concert lineup.

Also slated to perform is 'Reggae Queen' Marcia Griffiths who will celebrate her 50th anniversary in the music industry with friends John Holt, Judy Mowatt, Bob Andy and Tony Gregory.

"She is truly blessed" Hammond gushed about Marcia.

"We have to celebrate with her. She is one of the special ones that I was afforded the opportunity to meet through the years. I can tell you it is a moment of joy to be around her. She let's me laugh all the time" he said.

Hammond is no stranger to the New York stage. He ignited the Big Apple with musical flames when he last appeared on Groovin' In The Park in 2012. He is again expected to have his way with music lovers when he belts out favorites like "Rockaway," "In Love With You," "What One Dance Can Do," "Step Aside" "Double Trouble" and "Putting Up Resistance."