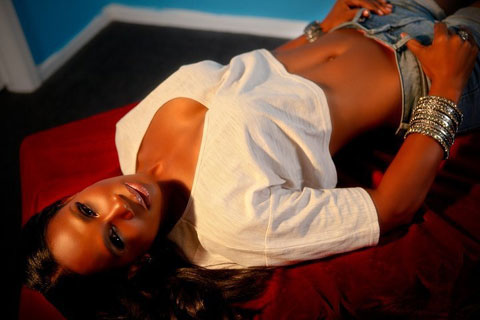 NY: With a new combination single ‘We’re Lovers’ already gaining traction on various station in the USA, a music video on the immediate horizon and an upcoming promotional trip to the United States, singer Sophia Brown is anticipating a busy second half of 2014. The award winning singer, is also expanding her merchandising line to include items for her male fans.

On International Reggae Day (July 1), Brown had the worldwide release of her latest single ‘Wide Awake,’ a lovers rock song about falling in love. The song that is produced by Christopher Tyrell for Cabbaca Sound Productions is being distributed by Zojak Worldwide.

“The single is doing extremely well,” Brown gushed, noting that feedback has come from the Caribbean, the USA, Europe, and Canada. “Momentum is also picking here in Jamaica in terms of airplay. We’re exciting about the release and expect bigger things to happen as the song gets more exposure on radio.”

The song, along with her other recent single ‘Touch Me,’ is expected to be featured on a new album currently in production. The album will also include another single ‘Rain Love Over Me’ that is set for released after the summer. The video for ‘We’re Lovers,’ which was shot in Los Angeles, will be serviced to music channels in the Caribbean, USA, Canada, Japan, Africa and Europe. Brown is also preparing for another trip to New York and the tri-state area, as well as Boston and Toronto where she plans to promote the new single.

“I want to get more of the North American market into the mix,” she said.

In addition to adding songs to her growing catalogue, Brown is also boosting her merchandising line that she started in 2010. The Sophia Brown line of products is manufactured and distributed worldwide by Cafe Press, a company, which specializes in custom designed items and includes window curtains, yoga mats, wall clocks and maternity wear.

“We’re adding neckties for the first time, as I don’t want my male fans to feel left out,” said the sexy singer.