By TJJ Admin
Published on 08-Jul-14
2014/07/07 - It’s been a hectic few months with rehearsals well under way as the Marionettes Chorale gets ready to stage the Caribbean premiere of Les Misérables. Based on Victor Hugo’s epic novel and adapted by Alain Boublil and Claude-Michel Schönberg, the production debuts at ... 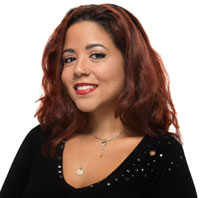 2014/07/07 - It’s been a hectic few months with rehearsals well under way as the Marionettes Chorale gets ready to stage the Caribbean premiere of Les Misérables.

Based on Victor Hugo’s epic novel and adapted by Alain Boublil and Claude-Michel Schönberg, the production debuts at Queen’s Hall on July 13 and runs from July 17 to 20, 2014.

At concerts in former years, the award winning choir has presented excerpts of Les Misérables, well-known for its enduring message of love and the resilience of the human spirit. This year, in continued celebration of its 50th anniversary, the Marionettes has opted to stage a full, Broadway style production. 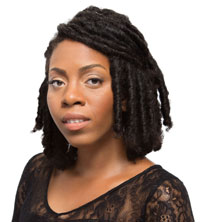 Set in 19th century France, Les Mis tells the story of ex-convict Jean Valjean who is pursued for several years by the unrelenting police inspector, Javert. The drama heightens through numerous struggles and interactions with other characters, culminating in Valjean’s eventual experience of redemption.

Presented through special arrangement with Music Theatre International (MTI), the production features a lead and supporting cast and chorus comprising some of Trinidad and Tobago’s most talented singers and musicians. 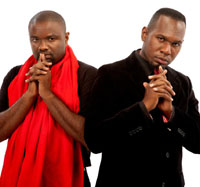 With an experienced production team led by artistic director and conductor, Gretta Taylor - ably assisted by Roger Henry - the Marionettes Chorale warmly invites members of the public to Les Misérables in July.

Founded in 1963, incorporated as a non-profit organisation in 2005 and sponsored by bpTT since 1972, the Marionettes (Humming Bird Medal Gold) is one of the Caribbean's most celebrated choirs, both at home and abroad. In 1995, the Youth Chorale was formed, comprising boys and girls from over 30 secondary schools nationwide; followed by the formation of the Children’ Choir in 2012.

The Marionettes made its debut in the 1964 T&T Music Festival, emerging with the coveted JCC Cup as the Best Adult Choir in the competition. The Chorale retired unbeaten from local competition in 1980, winning the trophy for Most Outstanding Choir in the Festival each time it competed.

Over the following two decades, the Marionettes set its sights on measuring up against the best choirs in the world and exposing international audiences to Caribbean music, winning four major prizes from the three UK international choral festivals in which they participated. In addition to competitive appearances internationally, the choir also travelled extensively across the Caribbean, North and Central America, and Great Britain, receiving standing ovations from capacity audiences at such prestigious venues as St Martin-in-the-Fields in London, the Assembly Rooms in York, and the Hall of the Americas in Washington DC.

At home, the Marionettes Chorale is known for breaking new musical ground. The group was the first to blend choral voices with the steel pan, in performance with the Pan Am North Stars in the 1960s. The choir has also given local or Caribbean premieres.

The repertoire extends far beyond Western classical, however, and includes opera, spirituals, Broadway, Caribbean and international folk songs, and of course Trinidad & Tobago’s calypso. The Marionettes’ commitment to our national art forms includes the commissioning of choral arrangements of Caribbean and national folk songs, calypso and other music, to perform both at home and overseas.