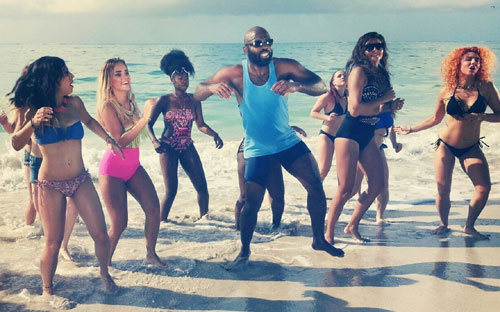 Kingston, JA: Have you heard about Ska-Teck Ova (STO)? No, it is not a new sci-fi movie or some new high tech gadget that Apple is about to unveil in 2015.

'Ska-Teck Ova' is a new Jamaican music genre that is being introduced to the world by award winning Jamaican Music Ambassador Richie Stephens, though his song titled ‘Everybody Dance.’

According to Stephens, ‘Ska-Teck Ova’ is a fusion of Electronic Dance Music (EDM) and Ska music - which originated in Jamaica in the late 1950s and was the precursor to rockseady, reggae and dancehall. EDM has taken the music world by storm thanks to big name producers like David Guetta and Grammy Award winning Skrillex, who have dominated airplay, and pop acts like Rihanna and Lady Gaga who have incorporated electronic elements into their songs.

The idea for doing a Ska tinged song Stephens said was born over a year ago while he was on a European tour with his good friend Gentleman.

"I was backstage waiting to perform when the band started playing a Ska rhythm that had me dancing. All the crew members were so impressed that they urged me to do the dance moves on stage. When I did, the crowd went wild, so much so that even Gentleman had to join in. It was at that moment that I realized that I had to record a Ska song with a difference” he disclosed.

On his return to Jamaica he presented the idea of doing a song that incorporated ska and EDM to Birch and Big A of Irie FM and they both loved it.

“The feedback from everyone who have heard the finish product is just awesome!” Stephens gushed.

“They love the freshness of the two genres and the whole creative production. Some people are already saying this could be the biggest song for 2014. Some say it could launch the biggest dance graze for 2014, in the vein on Electric Slide, Macarena or the Nuh Linga. It has been a long, long time since I have been this excited about a new song. I am just waiting to see how it will be received by the world” he said.