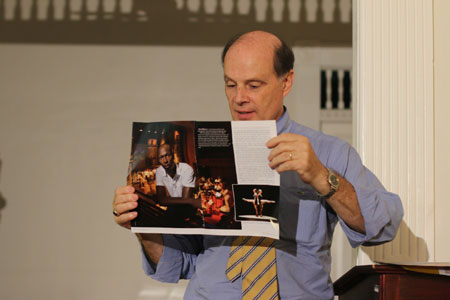 His Excellency Mr. Jacques Sturm, Ambassador of France, welcomes guests at the launch of the COCO Dance Festival 2014 in the intimate ambiance of the Résidence de France. Photo courtesy IntrovertlyBubbly.com.

September 30, 2014 – Port of Spain, Trinidad and Tobago -  Last Monday September 22, 2014, the Résidence de France provided a cozy ambiance for the unveiling of the 2014 instalment of the Contemporary Choreographers’ Collective (COCO) Dance Festival. His Excellency Mr Jacques Sturm, Ambassador of France, hosted a private function for media and sponsors in partnership with COCO and the Alliance Française de Trinité-et-Tobago. This year, COCO’s calendar of activities commenced on Monday September 29, 2014 and includes the “L’Alliance fête la Danse” free film series; the annual COCO Awards; the COCO Dance Festival 2014 programme of performances; and the COCO in the Community series of master dance classes and discussions. 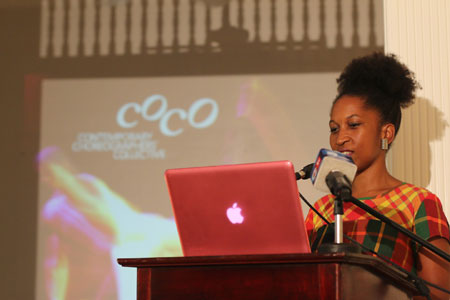 In his welcome remarks to the intimate group of guests, H.E. Mr. Sturm gave insight into the nature of the French/COCO alignment, “The French love art. The French love dance. We have supported the arts, dance and music in Trinidad and Tobago for a significant time.” The programme progressed with a presentation by one of COCO’s four founders and directors, Sonja Dumas, who shared some of the festival’s objectives and history. As an initiative of dance professionals and founders Dumas, Nancy Herrera, Nicole Wesley and Dave Williams, COCO came to life in 2009 with a mission to inspire, encourage and serve the community through creative processes and collaborative endeavours. The launch closed with an excerpt of an intense retrospective performance piece, “Only vanity sees us”, by Williams. 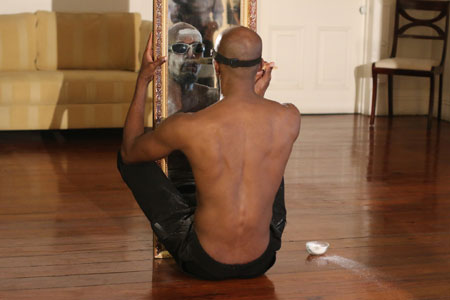 Reflecting the reality that is, COCO founder and director, Dave Williams, performs an excerpt of his 2014 COCO piece, “Only vanity sees us”. Photo courtesy IntrovertlyBubbly.com.

In the spirit of collaboration, the festival has partnered with Alliance to present “L’Alliance fête la Danse”, which began on Monday September 29, 2014 at 7:00 p.m. at Alliance and continues nightly until Thursday October 2, 2014. This free series features four French dance films including Les Fables A La Fontaine, Eldorado Preljocaj, Battuta and Blanche Neige. The community-based outreach initiative, COCO in the Community, will offer a series of master dance classes facilitated by both local and visiting dance experts on Saturday October 4, 2014 and Sunday October 5, 2014 at a cost of $40 per class. Training will be offered in contemporary modern, contemporary Amerindian, Zena Rommett Floor-Barre and Modern African-Caribbean techniques. There will also be a discussion entitled “Talking Dance with Dave Williams” on Sunday October 5, 2014. 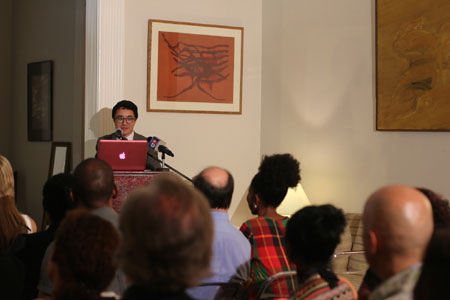 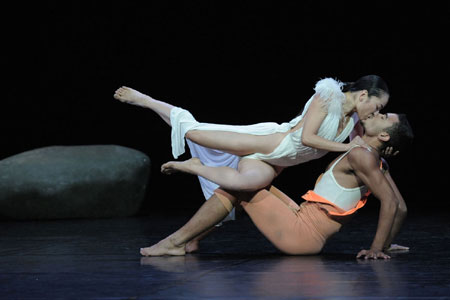 Lovers of dance and the performing arts can look forward to a different programme of performances on each night of the festival with a diverse cast of guest and selected choreographers from Trinidad and Tobago, Canada and the USA. The guest cast features New York’s Battery Dance Company with support from the Embassy of the United States of America, the University of South Florida’s Dance Program and the University Dance Company (UDC) of Texas Tech University with support from the TTU’s College of the Visual and Performing Arts. Festival goers are encouraged to arrive early on Saturday and Sunday nights to engage in the outdoor/indoor spatial work of visual artist, Akuzuru, which commences one hour before show time each night. 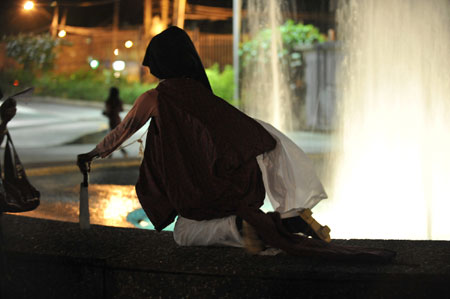 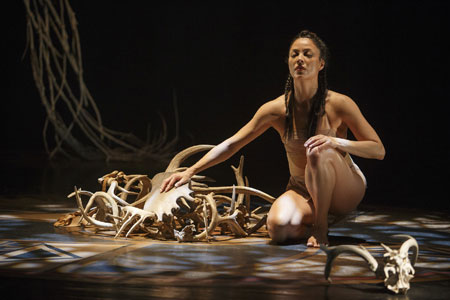 Tickets for the festival cost only TT $100 and are available at Alliance, Bread Basket in St. Ann’s and Woodbrook, participating choreographers and Queen’s Hall. For more information, please join the COCO Dance Festival 2014 Facebook (FB) event page at http://x2t.com/20/COCO or connect with COCO on FB at www.facebook.com/COCODanceFest or on Twitter @COCODanceFest or send email to cocodancett@gmail.com. 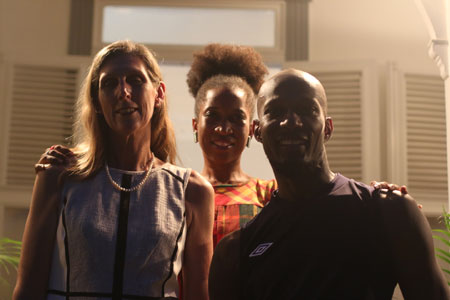 Three of the four COCO founders and directors, (from L to R) Nancy Herrera, Sonja Dumas and Dave Williams, at the COCO launch. Missing is Nicole Wesley. Photo courtesy IntrovertlyBubbly.com.