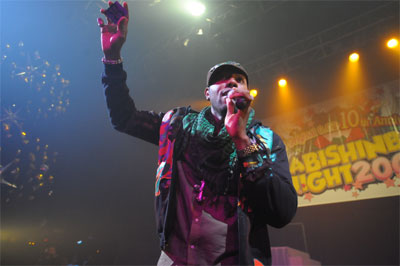 Consistent workout at the gym, a steady and rigid diet, and dressing appropriately for any occassion, are some of the ingredients that singer Da'Ville says contributed to him being ranked among Jamaica's top ten sexiest male entertainers.

The details of the top ten sexiest male entertainers in Jamaica, were recently revealed by one of Jamaica's leading newspapers, the Jamaica Gleaner.

'It feels to know that people think that I sexy, even though I dont pay attention to those things, and every body who knows me will tell you that I am a down to earth person who never gets swell headed by things that people say, whether good or bad. I give thanks for the acknowledgment still and accept it with humblessness and humility', Da'Ville said in a statement to the media.

Asked how he maintained his sexy image, Da'Ville said 'Well apart from working out in the gym and taking care of the physical aspects, I also watch the kind of food and the amount that I eat.  And when when it comes down to my clothing its not about name brand to me, its about whats looks good on me when I wear it. If it doesnt look good on me I'm not wearing it'.

Quizzed on whether he felt that entertainers should pay attention to how they look on and off the stage, Da'Ville had this to say. 'Well image sells and every entertainer has to realize that they are the product and in order to help sell the product it has to be attractive to the eyes of the people or public you are trying to get some interest from'.

Asked how he would best describe 'sexy', Da'Ville said 'Sexy to me is coming home from a hard day's work and seeing my girl in a sexy G-String a nice Bra and her high heals alone cleaning up the house. Sexy charisma, charm, the right attitude and style, some people have all of these things but not the right attitude to go with it so the attitude is very important as well'.

Da'Ville's forthcoming album Ichiban is due out in February.