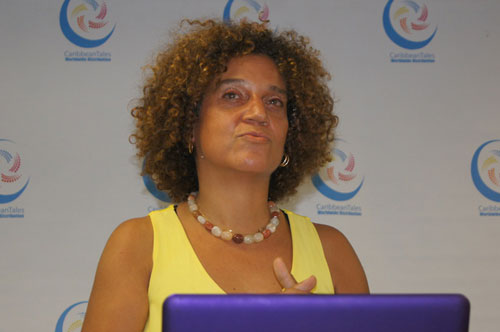 Bridgetown, Barbados (Sonique Solutions) – Barbados-based film distribution company CaribbeanTales Worldwide Distribution (CTWD) has received a major funding grant from the ACPCultures+ Program, financed by the European Union and implemented by the ACP Group of States for ‘The 3D Distribution Project’ (3D) that will enhance CTWD’s digital, domestic and Diaspora distribution.

3D’s partners include the Trinidad and Tobago Film Company, the National Institute of Culture and History, Belize, the Caribbean Examinations Council, the Film Commission of the Dominican Republic, Banyan Productions, and the German digital platform Onlinefilm.org.

CTWD is the main global platform for Caribbean film and television content. It is also the first - and still the only - full service film distribution company that specializes in the acquisition, marketing and sales of Caribbean-themed programs.

Founder and celebrated producer and filmmaker Frances-Anne Solomon said: “This EU funding is hugely exciting.  With it, we will raise the bar and really concentrate on delivering sustainable long-term income-generating streams for producers that will benefit our industry and the region as a whole.  We have already put in place our Project Team.”

She further stated, “We plan to acquire international distribution rights for 100 more films, expand our online platform, build strong broadcasting relationships with local and international television channels, and promote a wide-ranging marketing campaign, so as to make our Caribbean-themed content easily accessible to wide audiences around the world.”

3D addresses systemic issues that have plagued the development of the Caribbean film/TV industry such as poor market visibility, high production costs, and restricted market access. Thus, CTWD will strengthen market access for content at local, regional and international levels and support the development of a truly professional, world-class and profitable Caribbean film sector.

Founded in 2010 with a grant from the Barbados Business Enterprise Trust, CTWD’s programming also includes its Annual Film Festival , along with its Content Development and Market Training Program for filmmakers in Toronto, and the Video on Demand Platform.

To date, CTWD’s extensive Catalogue consists of over 300 films and television programs of all genres, by 40 producers from 20 countries.  These include “Kingston Paradise,” Mary Well' award-winning feature, “A Winter Tale” starring Dennis ‘Sprangalang’ Hall and Leonie Forbes, award-winning Barbadian film “Hit for Six”, the cultural favourite “Calypso Dreams”, as well as episodes of “E-Zone”, “Caribbean Eye”, “Lord Have Mercy” and “Gayelle”. The new Catalogue will be launched in early 2015.

The ACPCultures+ Program is implemented by the Secretariat of the ACP (Africa, Caribbean and Pacific) Group of States and funded under the 10th European Development Fund (EDF) by the European Union.

Its objectives are: to reinforce the creation and production of cultural goods and services in the ACP States (Africa, Caribbean and Pacific) through an approach integrated with distribution networks; to support increased access to local, regional, intra-ACP, European and international markets; to build the capacities of culture sector professionals in ACP States, and to improve the regulatory environment of the culture sector.