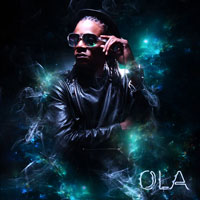 Pulsating with groovy soca vibes, “Ola” is already enjoying massive radio play in Trinidad and across the Caribbean, and now with its worldwide release, is bound to ignite playlists globally.

Soca thriller Olatunji is famous for delivering pulsating performances and versatile vocals and his slew of hits from the recent carnival season has catapulted him to fame locally and internationally, crossing him beyond Caribbean borders.

AdvoKit Productions is known for crafting sleek soca hits and this tune, which is a featured track on its stunning new compilation Kan Kan Riddim, proves to be no different. Talented producer Kitwana Israel, who is at the helm of AdvoKit Productions, flawlessly delivers soca spiced with African and dance influences, thereby adding international flavors to “Ola,” guaranteeing Olatunji major shine in the global spotlight.