By TJJ Admin
Published on 05-Dec-14
Port-of-Spain, Trinidad. December 4, 2014 -- A true Trini Christmas spent with family and friends is enough to put a big smile on anyone’s face. For entertainer, Orlando Octave, this season’s an extra special one since he believes it will be the launching pad for some ... 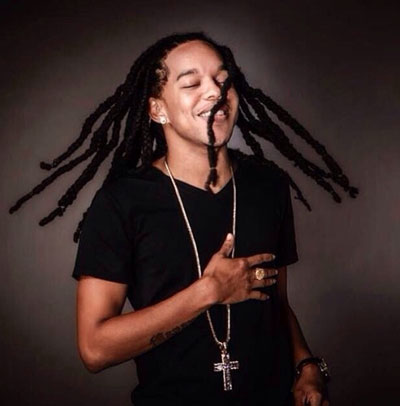 Port-of-Spain, Trinidad. December 4, 2014 -- A true Trini Christmas spent with family and friends is enough to put a big smile on anyone’s face. For entertainer, Orlando Octave, this season’s an extra special one since he believes it will be the launching pad for some extraordinary occurrences in 2015.

“The rude boy is coming back with a bang.” That’s the refrain Octave’s been singing in the past few weeks- this, even as he’s already released four tracks for the upcoming 2015 Carnival season in Trinidad and Tobago. Now, with his heart set on delivering to music lovers across the world, songs they can truly enjoy in the season ahead, the young entertainer says carnival fete lovers had better prepare to party. “It’s time for us to do this right. I’ve learnt a lot in the past couple years. There’ve been ups and downs and above everything, being humble is a trait that has proven to be good for me. Now, it’s about time for me to re-emerge and rest assured, I am ready,” said Octave.

Octave’s separation from the Millionaire Family is a topic that has sparked much conversation. He says very soon he’ll be delivering something to the people that will let them know just where things stand now. “Everybody wants to know how things have been and all of that. Well, they’ll see very soon,” he said teasingly.

From Canada to New York, Miami, the Cayman islands and a number of stops in the Caribbean, and believe it or not, Africa, Orlando Octave’s been making good use of his time and talent. “People just haven’t been seeing or hearing about me here at home, but I’ve been putting in the work,” he assured. Now under new management, the ‘rude boy’ as he is fondly known has even been enjoying the success of his condom line and is preparing to release a line of clothing he’s calling, Mayan Clothing. The Mayan Project was formed by Octave just about two years ago and consists of a group of budding talent from his hometown of Rio Claro. It is something he holds near and dear to his heart. 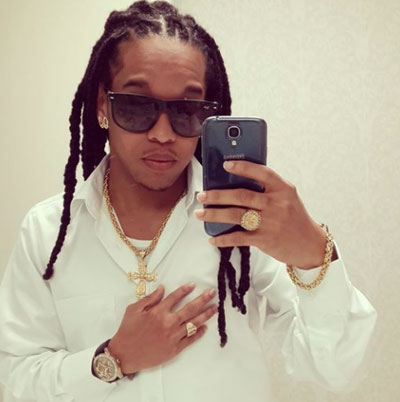 For Octave, the musical journey so far, has prepared him in many ways. Now 24-years-old, his desire is to see more young artistes get a chance to shine in the soca music industry. “Erphaan Alves is one of those young artistes who deserves a little more recognition. He came up just like me more or less, and he is a hard worker,” said Octave, pleading with the veteran soca artistes to make room and welcome the next generation of soca talent. “For the past ten years the world has been hearing the same group of artistes. It would be nice if they would encourage the young ones, help them up too,” said Octave. Applauding Bunji Garlin and Fay-Ann Lyons for their effort in creating the Ground Empire, Octave said similar efforts are needed to develop the industry.

Now under new management, the rude boy is one of those young artistes who’ll be making his presence and his vibe felt in the weeks ahead. Beyond carnival, he’s already ready to deliver. Collaborations with the likes of Jamaica’s Konshens and Demarco and U.S rapper, Soldier Boy, are all in the mix but he’s keeping a cool head, focusing on the present and ensuring that his every move is clearly thought out. “Right now, we’re working on getting the market at home in the Caribbean, re-acquainted. New music will be coming soon so fans and new supporters can listen out,” he said.