It was time for the first All Inclusive for C2K15 and it was held on Sunday 4th January, the day before everyone had to return to work from the first weekend of the New Year. I hoped that I too did ...
>> View Soka In Moka XVI Gallery
>> View Trinidad Carnival 2015 Coverage 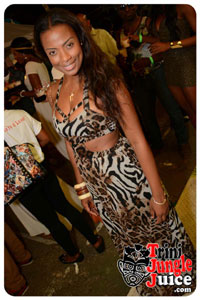 It was time for the first All Inclusive for C2K15 and it was held on Sunday 4th January, the day before everyone had to return to work from the first weekend of the New Year.  I hoped that I too did not have duck my boss just in case I had to call in "sick" after the guaranteed great time I along with my TJJ family would have in Soka In Moka XVI – Sweet Sixteen!

But unlike a Sweet Sixteen party this crowd was mature yet sophisticated.  The ladies rocked long dresses and heels while the men, who decided not to be out shined stepped out in blazers and bow ties.

The usual culinary delights of any All Inclusive were available throughout the compound with the Chinese Cuisine being located at the upper most tier of the school compound via two flights of stairs.  This location was deemed problematic and out of reach to some of the older patrons who may have had knee problems (myself included).  But that aside the other food stalls were easily accessible and had menus that tasted as good as it looked, with the exception of the calalloo with "white looking" cou-cou!

With bellies full it was time to enjoy the musical line up which included the bands Dil E Nadan, Vikings featuring Bunji and Fay-Ann, and Roy Cape All Stars without Roy Cape.  Investigations later revealed that Roy Cape was on medical leave from this performance as he was unfortunately recently diagnosed with treatable prostate cancer. 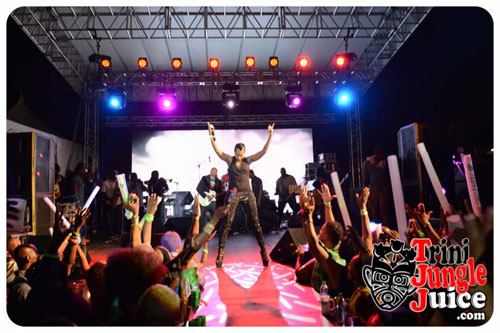 All the performances were solid with Dil E Nadan being the only band to perform vintage calypso, while Roy Cape's lead vocalist Blaxx was his usual high octave and high energy self!  The only odd observation during the performances was that all the guest artists did not perform with any of the bands, nor were they given the luxury of having the special lighting and video wall effects being played during their performances.  But regardless of the absence of a band and fancy light show it was Lyrikal who stepped up to the plate and delivered the performance of the night and had everyone on "Cloud 9"!

In the end with no boss in site and work the next day, Soka In Moka was a great start to the Carnival Pump Season!