With such a good start to 2009 fans of Ce'Cile can expect greater things in the coming months... 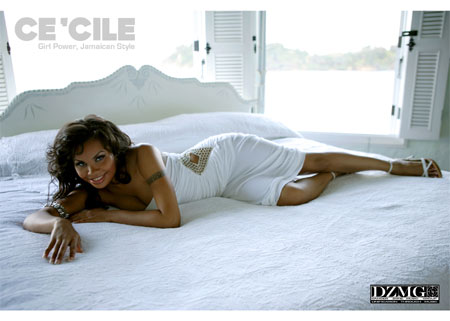 Danger Zone/Sobe Entertainment recording Artiste Ce'Cile has reaped more success coming off the well received launch of her latest album Waiting which has garnered wide acclaim; as one review puts it.

"This is another album showing that CéCile is a truly great female singjay and songstress..." – Reggaevibes.com

The artiste's large volume of high quality work has also been validated by her receiving numerous nominations this awards season.

Ce'Cile is nominated for Hype TV Singer of the Year along with several other top flight artistes while on the RETV MVP Awards she is nominated in the Best Music Video (Female) category with Ride Or Die. Ce'Cile's 2008 hit album track So Fly has also received several accolades including being placed at # 12 on the New York top 100 songs of 2008 compiled by Clinton Lindsay. For the track Danger Zone's Bad Gyal teamed up with renowned producer Scott Storch in collaboration with Beenie Man.

The song has done well since its release last year being in heavy rotation in the New York Tri-State area as well as featuring prominently on the Miami Reggae Charts as well. So Fly featuring Beenie Man has also been declared one of the Top Twenty songs in the Virgin Island for 2008.

Commenting on the nominations Ce'Cile was proud of the recognition.

"It's always good when fans recognise you for the hard work that you have done. I am happy to have been nominated for such awards and I know that this will give me even more inspiration to put out even more quality music this year" – Danger Zone/ Sobe Entertainment Artiste Ce'Cile

On February 5 Ce'Cile will be performing at the Excellence in Music & Entertainment Awards (EMEs) at the fancy Jamaica Pegasus Hotel where she is nominated for Sing Jay of the year.

With such a good start to 2009 fans of Ce'Cile can expect greater things in the coming months as Ce'Cile continues to promote her latest album Waiting.