A Solid Brand On The Horizon. Erphaan Alves Eyes Longevity 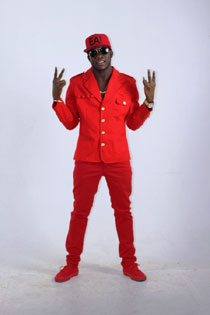 Port-of-Spain, Trinidad. January 21, 2015 -- Erphaan Alves has started building, what will essentially be an empire. The young Chaguanas soca star in the making has been consistently delivering good music, seamless production and now, in the age of artiste endorsement deals with big brands and tech savvy marketing ploys, young Alves is making inroads to ensuring that his Team EA brand becomes world renowned.

A semi-finalist in both categories of the International Soca Monarch competition, Erphaan’s promising to blow the socks off his competitors, but even amid his preparations for the season’s major competitions, his vision for his brand, takes precedence. “My vision for Team EA is slowly unfolding as my career progresses. The team is going to become an organization- not just a fan support unit,” he said assuredly.

When Erphaan speaks of his team, he is talking about the growing list of people who stand firmly beside him, people who have assisted with his promotional endeavors, that is to say, his annual birthday bash, which began when he turned 21, two years ago. This year, together with friends and business partners, Avinder Rampersad of Winerboy Entertainment and Jared Penny of Major Events Alves hosted his 23rd birthday celebration, something he coined EA23. “We intend to nurture this event until it grows into an established brand in itself, something of a concert experience, essentially,” said a determined Alves.

Erphaan’s music has spoken volumes since his breakthrough onto the soca scene a few years ago. This year, he’s released two major titles that he’ll be competing against his soca cohorts with, namely, ‘Tanty’ and the power soca single, “Deal With It.” He’s excited to deliver in the soca competition but believe it or not, he’s also making his presence felt in the calypso arena. “This year will be my second year back into the Calypso arena, competitively,” said Alves, explaining that he’ll be singing at the Kaiso Karavan tent in La Joya, St. Joseph. His calypso this year is called, “Generation Gap”, a song that was written by Ronald Ford and something that deals with the lack of appreciation shown for Calyspo music, by the younger generation. “The song suggests ways to fix that,” said Erphaan.

Soca, Calypso, Production, Promotion... and the list goes on. He wears many hats, all connected, no doubt and all intertwined to aid in the construction of the EA empire. “I also have the clothing line that’s growing really well,” he said, proving that his promotional skills are always on point. “The demand for EA tees and hats continues to increase, especially with the carnival season coming to a climax. Cups and other merchandise are also available at ThreadID Clothing store at Golden Doors Plaza in Port-of-Spain,” revealed the budding entrepreneur.

The journey to the top is not for the weak hearted and this Erphaan knows. It is with that strong winner’s spirit that he prepares to show his fellow soca stars, just what he can do at the semi finals of the Soca Monarch competition this coming Sunday. “I just want people to come out and see just what I can do. Expect a great show,” he said.