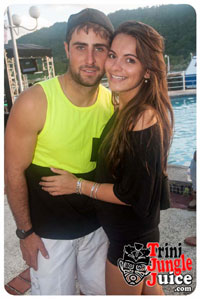 There were more hands in the air than in a church service as thousand stayed UP and made their pilgrimage to the Pier 1 Parish for Fantasy’s iUP Fete!

iUP - 2015, which was in its second incarnation, summoned the party faithful to stay up and get baptised in one of the best Wet Fetes for Carnival in T&T!  First up to the pulpit was an onslaught of DJs but most memorable was Artiste Team who preached from the New Testament of Caribbean Dance Music where verse after verse of dance remixes of the C2K15 Soca was unleashed onto the attentive congregation.

Up next were The Bishops of Soca Faye Ann and Bunji Garlin!  As Faye Ann opened her sermon with her mega hit Raze the skies opened and the water began to flow causing the vibe in this parish to crescendo in synchronism with the timber of the chorus!  The musical explosion continued as she and Bunji repeatedly exchanged the mic channelling the clergy through their litany of soca. 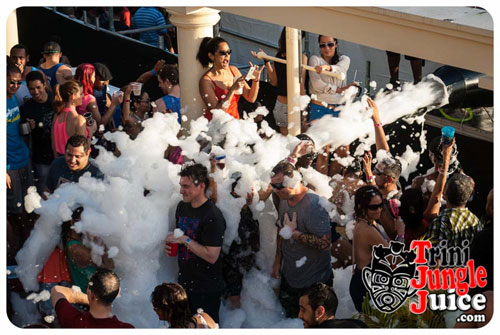 Pastoral Soca Care was later handed over to Machel who appeared hell bent to improve from his Fantasy Saturday performance just one week earlier.  As soon as he began his soca sermon it became clear that he was not being heard clearly as both the Mic Engineer and Stage Sound Engineer could not find the correct balance so that we could hear Machel sing.  And finally to add insult to injury Machel’s accompanying DJ had at one time noticeably played the music so fast that it would have too fast for a performance by Alvin and The Chipmunks.  In the end most of this uptown crowd did not care about the repeat of the technical difficulties as they wined and jammed to the familiarity of the M.O.N.K.’s mega hits!