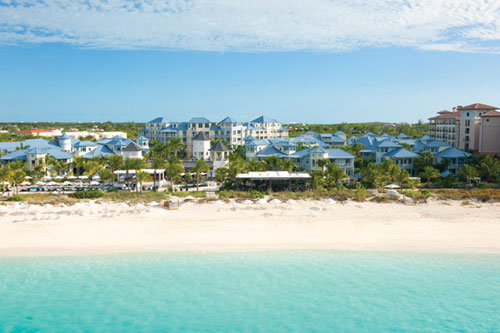 Hundreds of industry leaders are expected to gather at the world-class resort for the event, which will take place on October 17th, 2015.

Beaches Turks & Caicos is the perfect host for the ceremony, offering four magnificent villages, boasting the architecture and ambiance of Italy, France, the Caribbean and Key West; a 12-mile beach lapped by clear turquoise waters; and some of the industry’s leading event facilities in the Caribbean.

Announcing the decision, World Travel Awards President Graham Cooke said: “I am delighted World Travel Awards will be returning to Beaches Resorts, and in particular to Beaches Turks & Caicos. The team at the resort allowed us to host one of our most successful events ever when we last visited in 2012 and I look forward to being reunited with our friends there later in 2015."

He added: “We are thrilled to welcome our friends and industry leaders to the beautiful Beaches Turks & Caicos where they will enjoy the Luxury Included experience, as well as our newest addition, the Key West Luxury Village.”

Nominations for the Caribbean & North America Gala Ceremony will close on February 28th, while voting will open on March 2nd.

Hailed by the worldwide media for its role in identifying and rewarding excellence in the travel sector, World Travel Awards celebrates its’ 22nd anniversary in 2015 and is acknowledged as the ultimate travel accolade.

World Travel Awards Gala Ceremonies are widely regarded as the best networking opportunities in the travel industry, attended by government and industry leaders, luminaries, and international print and broadcast media.

Hailed as ‘the Oscars of the travel industry’, World Travel Awards celebrates its 22nd anniversary this year and is acknowledged across the globe as the ultimate travel accolade.

The brand aims to celebrate those organisations that are pushing the boundaries of industry excellence.

This global media partner network has a monthly readership of 1.9 million and a TV audience reach of 90 million.

With three spectacular locations in Turks & Caicos and Jamaica and soon a fourth in Barbados and a fifth in Antigua, Beaches Resorts is the ultimate getaway for every member of the family.  With outrageous waterparks, XBOX Play Lounge, the Scratch DJ Academy, exclusive Kids Camps, teen nightclubs, Certified Nannies, Butler service, Red Lane Spas, Aqua Centers with expert PADI certification and training; and free Wi-Fi, Beaches Resorts provides more quality inclusions than any other resort company on the planet.

For more information about the Beaches Resorts difference, visit www.beaches.com.