Kenyatta Fire gets international attention with The Nearest Tide 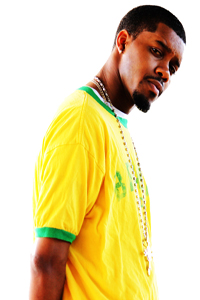 Reggae singer Daniel Terrelonge aka Kenyatta Fire, is best described as a man of many talents.

The Washington DC  based artiste who is a graduate of Howard University is also a highly skilled film maker. One of his latest projects is the video for his single titled The Nearest Tide.

The video tells a tale about a Jamaican astronaut who bravely undertakes a return mission from the moon back to earth.

“I conceptualized this video from start to finish, I wrote the script, I did the filming and the editing too.”

The video was released in February, since then it has received attention from a number of international media platforms including MTV.Com & WorldStarHipHop.com.

“I am pleased with the response to the video, it has received a lot of views on MTV.Com and WorldStarHipHop.Com. I’m getting a lot of positive comments from fans about the quality and the concept of the video. I am very grateful that it’s receiving such a positive response,” said Kenyatta Fire.

The Kingston born singer plans to release video locally before the end of March.

Kenyatta Fire is also promoting a single called, Keep off Your Enemies.

“This song came out before The Nearest Tide, both songs are currently getting a lot airplay.”