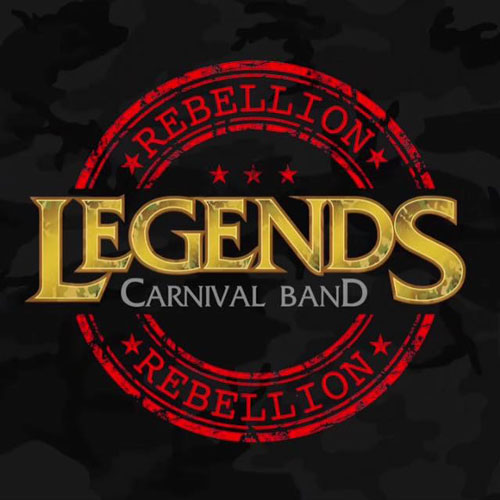 Hundreds and hundreds of years ago the 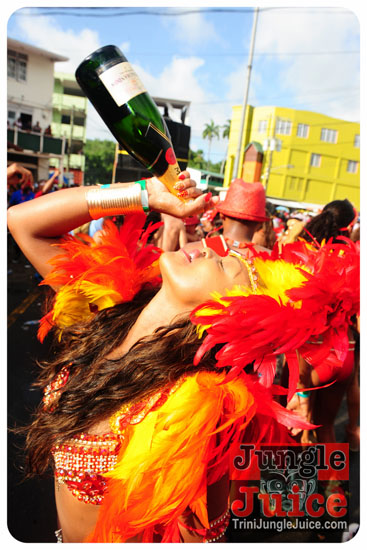 followers of the Catholic religion beginning in Italy started a wild costume festival to celebrate and welcome the Lent season. This festival was called CARNEVALE which means to put away the meat, a customary sacrifice made by Catholics throughout that period. As time passed the festival became quite famous and spread throughout other catholic countries around the world including the British Colonies of the Caribbean.

Upholding tradition and keeping with the rich history that has been passed down from generation to generation, the legacy of CARNEVALE will live on, in legendary class, legendary style and legendary movement.  The streets of down town Castries, Saint Lucia will for its 3rd consecutive year encounter an ultra-premium exclusive mas, only with LEGENDS CARNIVAL BAND. 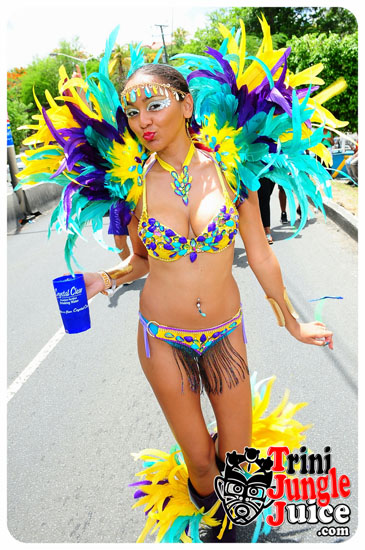 What began as a vision of hope to revamp everything legendary about Saint .Lucia's carnival, the band within a band known as Red Affair in 2013 was birthed as the brain child of Bota McNamara. Collaborating with the big band Red Unlimited,the island fantasy section though small in number, took it revelers by storm by providing a world class service on the road.

The Legacy began.The addiction to want more filtered throughout the carnival population and despite the many hurdles, back by popular demand Legends Carnival Band gained its independence in 2014. Like most great conquest, inspiration was derived from the departure of a legendary hero, a true carnival lover at heart and the soul of the 2014 Legends Carnival portrayal-A TRIBUTE TO DESMOND MC NAMARA. 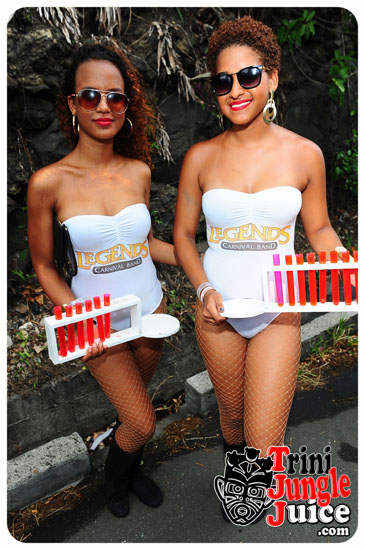 Without a doubt this band has become a force to reckon with, from the famous sounds of Trinidad's very own Dj Private Ryanand world renowned Antiguan born Crown Prince out of Dubai, to the exotic culinary buffet lunches and treats catered by Trip Advisors most recommended restaurant on island, Big Chef Steak House and Tapas on the Bay; infusing top class with Lucian Mas.

Drink the finest premium spirits like Grey Goose Vodka and Dewars 18 or indulge in the most refreshing cocktails prepared by mixologists extraordinaire Delirius bartenders. No need to stop your jamming just let our legendary on road servers tend to your every need- Champagne Anyone? 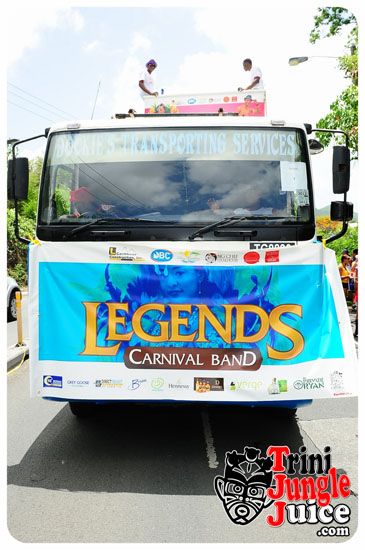 With the evolution of carnival and keeping with international trends, Legends Carnival Band is the only band that provides its female revelers the opportunity to choose between a full costume and a legends carnival doll wear. The fashionable doll wear alternative allows party lovers the freedom to participate in this ultra-experience in a simpler version of a costume while in keeping with tradition remembering our history of CARNEVALE.

As the 2015 carnival season approaches Legends Carnival embracing our newly found independence will rebel from everything that is ordinary. This is no ordinary band! The Legends Rebellion Exclusive Edition will stand tall, uprising from the stigma of what this carnival has become. Creating and welcoming all to the new era of EPIC MAS.  Fall in Line, Join the Rebellion and welcome back the Class in our Mas.