"We Want More!" Cried the Mas Camp on Friday 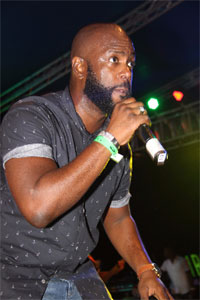 Kingston Jamaica, March 30, 2015 -- “We want more!” the Mas Camp crowd shouted, refusing to release soca monarchs Bunji Garlin and Fay-Ann Lyons from the stage. The dynamic duo had promised “to rock and roll it on stage@ with a hard hitting soca party and that is precisely what they delivered.  Fay-Ann had the crowd jumping the minute she stepped onto stage and got the energy high with a rendition of her 2015 hit Raze.  She was soon joined by her husband and fellow soca monarch Bunji and between them kept the vibe at a high for some two-and-a-half hours with flags, rags and Digicel light sticks waving and revellers jumping in the air. It was a fantastic experience all round as the soca artists were clearly having a ball themselves, “We probably enjoyed performing for them more than they enjoyed us” said Bunji Garlin. 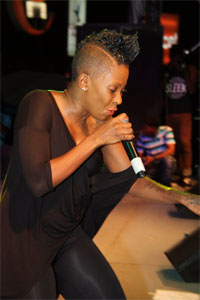 A delightful surprise and interesting innovation was the performance of the recent collaboration between Bunji Garlin and Richie Stephens “Hall of Fame” which features the newly-created genre ska-teck a fusion of ska and EDM. The duo was accompanied by super high energy dancers giving the audience of the also recently created ska-teck dance. Both Fay-Ann Lyons and Bunji Garlin shared their mission of spreading their wings to do more collaborations, in a variety of genres, with Caribbean and international artists.

Lead sponsor of Bacchanal Jamaica and host of the night Digicel brought the usual flair to the closing night with the hundreds of rags and light sticks that members of the audience were given which added to the vitality and excitement of the night as all performers fused them into the experience creating an outstanding and lively ambience. According to Daniella McLean, sponsorship Executive, “Digicel wanted our customers to have a great experience and they certainly did. Carnival has become a part of the local culture and we want to help Jamaicans embrace the experience. Bunji and Fay-Ann brought the full soca and entertainment package to their performance and we were happy that it met and exceeded the expectations of the capacity crowd who came out to support us.” 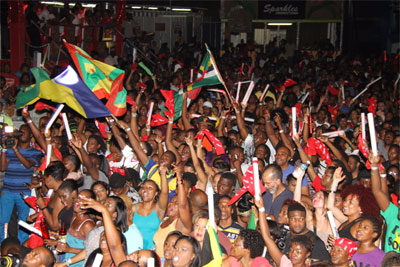 “We could not have had a better climax our Bacchanal Fridays’ series. It had all necessary elements – a full house of people ready to party, great entertainment, the lights, the flags the energy. I believe that our revellers are ready for the road. Encouraging everyone to join us at James Bond Beach next Saturday for Beach Jouvert when we will have Kes and the Band and Walshy Fire of Major Lazer fame. It is not to be missed!” said Bacchanal Director Charmaine Franklin. 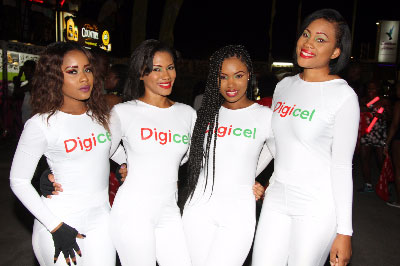 Tickets for Beach Jouvert are on sale now at the Mas Camp, Pita Grill as well as Ammar's Village/Mall Plaza, Sovereign and King Street locations, MegaMart (Waterloo Road and Portmore) and General Foods in Ocho Rios. Ticket costs are $5,500 pre-sold, $6,500 at the gate for general admission (drink inclusive/food on sale), and $8,500 pre-sold only, for the VIP which premium bar and food inclusive. Patrons must be 18 and over to enter VIP: IDs are required. Visit www.bacchanaljamaica.com for more details.