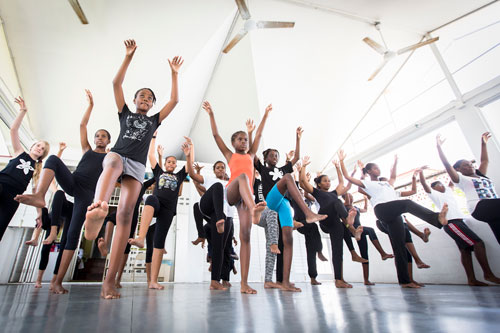 This is BIG! Behind the scenes at rehearsals for Lilliput’s 40th anniversary production, BIG.

May 7, 2015 – Port of Spain, Trinidad and Tobago... As it celebrates its 40th anniversary, 2015 marks a BIG year for Noble Douglas’ children’s theatre company, Lilliput Children’s Theatre .As one of the oldest children’s performing arts organisations in Trinidad and Tobago, Lilliput will commemorate this milestone with its production, BIG, which examines the impact of BIG issues on the lives of little people. Curtains open on Lilliput’s BIG presentation on Friday May 15, 2015 at 7:30 p.m. at Queen’s Hall continuing nightly until Sunday May 17, 2015. 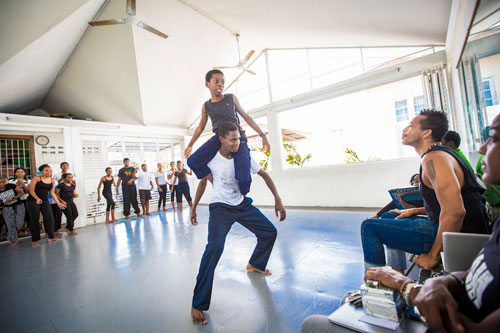 “BIG is a pastiche of stories – told from the point of view of children or little people affected by the follies of adults or Giants – that result in trauma, dislocation and displacement,” shared Lilliput’s drama director, Wendell Manwarren. In quintessential Lilliputian style, the 2015 production will shine a light on current issues of intolerance, agression and ignorance as seen through the eyes of a child. “We are taken from the land of Lilliput where epic battles were waged over which end of the egg to break to the time of now, when school girls are kidnapped as child brides or shot in their faces for simply wanting to go to school,” continued Manwarren. 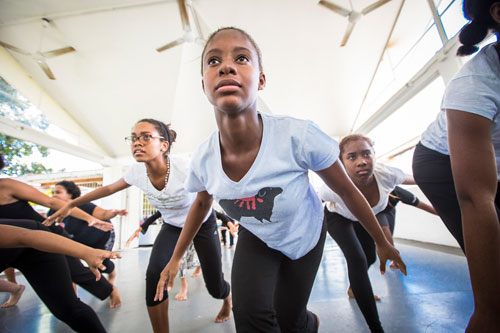 A BIG moment of intensity in studio with the Lilliputians. 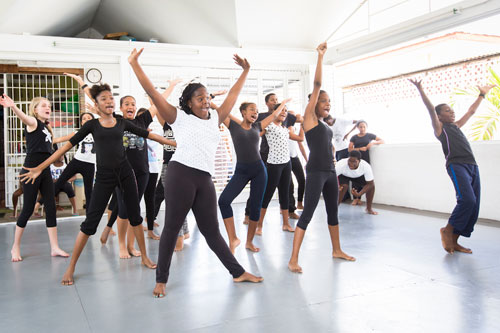 The young actors fill Lilliput’s studio with an explosion of energy during their BIG rehearsals.

Lilliput’s drama division was charged with using the canvas of Merylle Mahabir’s creative vision as presented in the company’s 2015 Kiddies Carnival portrayal. Costume designer, Mahabir, who was inspired by current events in the Middle East and Northern Africa, used the Giant’s rant as an analogy to present critical global issues such as child soldiers, refugees and child brides. With a focus on environmental awareness, costumes were created using discarded, recycled and second-hand adult clothing. Weaving a deliberate reference to Trinidad and Tobago’s national colours into the mix, the designer drives home the point that these BIG global issues could easily reach the shores of her homeland. 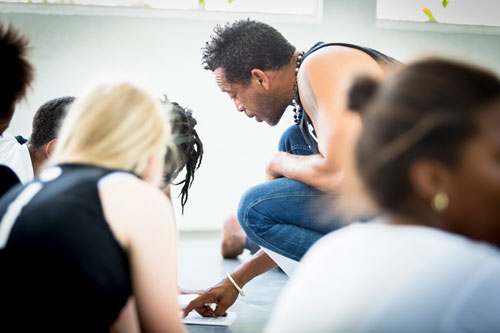 The Lilliputians intently listen to Manwarren’s direction during recent rehearsals for BIG.

Tickets for Lilliput’s BIG 40th anniversary production are available at Crosby’s Music Centre, the members of Lilliput and from May 11, 2015 at the Queen’s Hall box office. For more information, join the BIG Facebook (FB) event page at http://x2t.com/3/BIG or connect with Lilliput on FB at www.facebook.com/lilliputchildrenstheatre or on Twitter @NDLFA or email liza@estuaryPR.com.

Lilliput Children’s Theatre teaches theatre arts to children aged 7 to 18 and dance to children aged 3 to 18. It was founded in 1975 and encourages self-confidence through the challenge of theatre, game play and imagination. The theatre’s production team is led by founder and artistic director, Douglas and drama director, Manwarren, supported by drama tutors, elishabartels and Tonya Evans and dance instructors, Evans, Arlene Frank, Charlene Harris, Louanna Martin andCharlene Rollock.