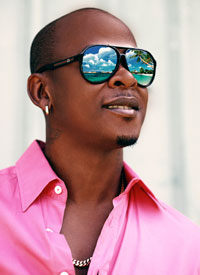 Dancehall star Mr. Vegas recently announced that he plans to be the most dominant artiste in Jamaica for the rest of 2015. Speaking to Neville Bell and Simone Cooper on the popular Smile Jamaica morning show on TVJ last Friday, the prolific hit maker made his intentions very clear.

The hard working singjay who soared to national attention 18 years ago via the Jeremy Harding produced hit Nike Air, has been very busy in the studios working with various producers over the last few months.

Mr. Vegas is getting ready to drop a barrage of new songs this summer, including Real Dogs produced by Justus Arison, Jump Back A Dem Ft. Natel for MV Music, Another Day for Birchill Records, The Gate for Cash Flow Records and Paper Chase for Arms House Records. Vegas’ hot Dancehall single titled Give thanks For Life is currently blowing up the local airwaves. His Reggae cover of Ed Sheeran’s Thinking Out Loud is also enjoying heavy rotation.

Mr. Vegas is also doing well internationally with the single called My Jam ft. Pitbull. My Jam was officially released in Canada, by Sony Music a week ago. “My Jam is getting a lot airplay overseas, it’s doing particularly well in North America and Europe,” said Mr. Vegas.