Minister laces up his boots; gives a boost to differently abled footballers 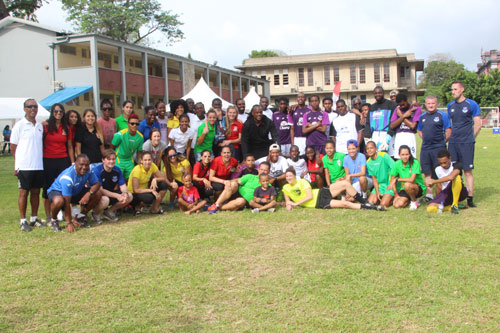 Former Captain of the Trinidad and Tobago Soca Warriors and now Minister of Sport, the Honorable Brent Sancho was back on the field of play on the weekend as part of a mixed team comprised of differently abled footballers and players from the ongoing Women’s Premier League.

The game was part of a series of friendly matches that took place at the Queen’s Royal College Grounds on Sunday to celebrate the conclusion of a weeklong differently-abled football campmeant to prepare local Special Olympic athletes to represent the country at the upcoming World Games in Beijing China from 24th July to August 3rd.

The camp was served by several international Coaches from EPL club Everton including – Anthony Harden, Peter Livingstone and Michael King who are part a new global initiative of Special Olympics International called the Unified football project which has as its aim to promote the social inclusion of students with intellectual disabilities and increase youth involvement in inclusive football programs. 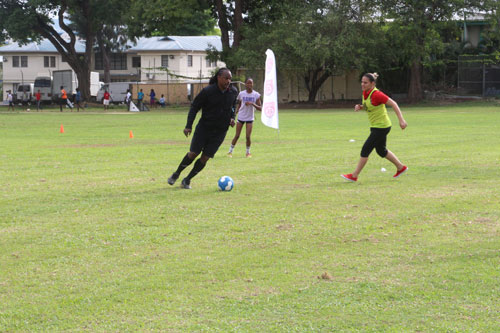 Minister Sancho said that he was pleased that the Ministry of Sport could have supported this project since it demonstrated that, “Sport for all was an inclusive concept.” He thanked the WPL women who played on the day and stated, “It has been a tremendous occasion for all who participated but in particular for the special Olympic athletes who had the opportunity to benefit from working with some of the top coaches as it relates to differently abled football.”The Minister encouraged the athletes to “go out there, and represent the country well.”