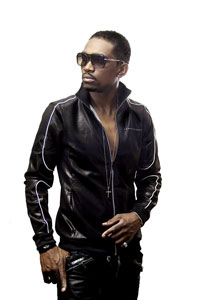 Reggae and Dancehall Superstar Busy Signal was arrested in Trinidad & Tobago on Saturday July 4th, 2015 over an outstanding contract with his former management company, Jukeboxx Productions.

Unaware that there was an outstanding financial issue, Busy Signal traveled to the twin republic of Trinidad & Tobago to perform at TAO (Together As One) at Queen's Park in Port of Spain for which he was billed as the headlining artist.  Prior to arriving at the venue, the artist was arrested at his hotel, and appeared in court alongside attorney Fareed Ali.

The information presented in court made it clear that Jukeboxx Productions entered in to an agreement with Peppers Entertainment for Busy Signal to perform at the scheduled event.  The event was subsequently canceled so Busy Signal, real name Reanno Gordon, and his new management team, agreed to refund the promoter $15,000 USD, in addition to payment made when the show was initially cancelled.

Of the situation Galey Gordon, Busy's Manager, said "The advance payment of $37,088 USD was not disclosed to us [Turf Music Entertainment] by former management who entered in to business affairs on Busy's behalf.  We had no material knowledge whatsoever of this apparent infraction.  If we had, we would have acted to resolve the issue prior to coming to Trinidad."

Turf Music Entertainment is currently requesting a copy of the original agreement between Jukeboxx Productions and Peppers Entertainment as well as transaction records between both parties regarding the event.

After reaching a mutual resolve, Busy Signal performed to an eager crowd at Queen's Park, closing the show.  The artist is enjoying international success with his singles "What If" and "Text Message."

For additional information about Busy Signal, media and fans can Like his Facebook feed and receive daily updates: https://www.facebook.com/OneBusySignal

Media can contact Galey Gordon via email at Turfmusicent1@gmail.com, and general media inquiries can be sent to Natasha Von Castle via natashavoncastle@gmail.com.