Port-of-Spain, Trinidad. July 7, 2015 -- The Caribbean sure is churning out some incredible talent. From Barbados’ Rihanna to Jamaica’s Konshens and Gyptian, and not to mention this year’s BET female hip hop artiste of the year, Trinidad and Tobago born Nikki Minaj, the region continues to prove that its people will not be sidelined. Young artistes too, are doing whatever they need to, to make the world zoom in. College Boy Jesse, a T&T entertainer has this particular ambition high on his agenda. He’s been hitting the mainstream music circuit overseas for the past few weeks, this following the success of his 2015 soca track, “Tipsy”. His latest move however, has nothing to do with soca music. In fact, it maybe the exact opposite. 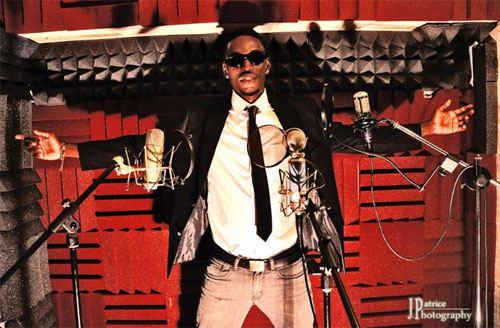 Jesse’s travels in recent weeks have seen him perform for crowds in Atlanta, New York and just two weeks ago, London. He was the opening act chosen by promoters of London’s Face Off event, which featured VP recording artistes, BunjiGarlin and Fay Ann Lyons. Jesse says it was indeed a pleasure to be included on the show there, admitting that performances in such parts enable artistes like him to truly become aware of the bigger picture. “Performing for crowds that aren’t limited to West Indians has a way of opening our eyes to the possibilities- endless possibilities for not just those of us who make it to those stages, but others who are coming up in the industry,” he said.

With experience gained in the Calypso arena, Collegeboy Jesse understands the history behind what he does. “We have to remember those who did it before us and we have to make some headway in the business, taking our music to parts unknown, with even greater hopes that generations of Caribbean people to come, will be known for doing big things, musically, outside of the Caribbean,” he rationalized. In the past few weeks, Jesse who works closely with Trinidad and Tobago production house, ZigBoi Music, has relied on the team at ZigBoi to ruffle his feathers a bit, change up his normal and make people take a second listen and look. “I released a reggae single- my first ever, recently. It’s called, “Once In A Lifetime,” and it’s on the ZigBoi produced, Royal Riddim with other Trinidad and Tobago vocalists like JahMel, Raskal, Makamillion and Kerry John. So far, it’s been getting a lot of love,” he said. Jesse’s however looking at the bigger picture- the opportunity to expand his horizons of course, and become an even more versatile Caribbean musician. “The song’s been getting a lot of rotation at home and my team’s been making some strategic moves to make my presence felt in Jamaica, the US and the UK,” said Jesse. 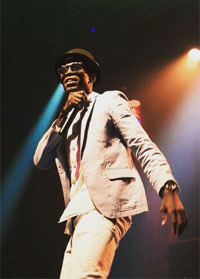 Beyond fulfilling his vocal aspirations, the young entertainer is making strides in the songwriting arena as well, having already penned music for the likes of Barbados’ Alison Hinds, Biggie Irie and Trinidad and Tobago’s, Lyrikal, ahead of Barbados’ CropOver festival. He’s also working alongside other Caribbean carnival project organisers to deliver music for the upcoming Spice Mas in Grenada, he explained.

Fueled by an inner desire to penetrate markets outside of the Caribbean with not just one genre of music, but many, Collegeboy Jesse says he’s putting his best foot forward and is prepared to go all out for his career. “I really want to encourage people to listen to my music and link up with me on social media @collegeboyjesse. There’s a lot more to me than meets the eye,” he said with a chuckle. ZigBoi Music’s Mr. Spine meanwhile says he’s proud of Jesse’s accomplishments thus far and is excited to see just where his journey leads. “We’ll be at his side every step of the way, giving him the sound he needs to get his purpose fulfilled with ease,” said Spine. He too is encouraging music lovers to follow and like the ZigBoi Music family @zigboi on the main social media networks.