Mr. Vegas thrills fans at the Pan Am Games

He recently delivered a scintillating performance at the 2015 Pan Am Games which were held in Toronto Canada last week. 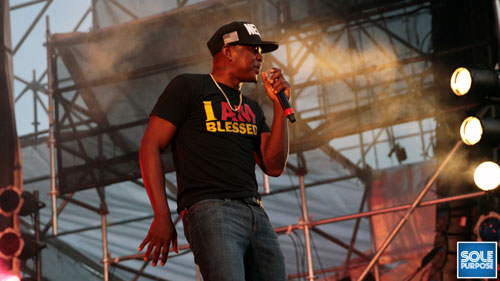 Vegas kicked off his performance with his monster hit, I Am Blessed, which had the crowd going wild. There was never a dull moment during his hour long set as he kept the audience jumping and singing along to songs from his catalogue of hits such as Heads High, Hot Wuk, Nike Air, Give Thanks For Life and My Jam.

Mr. Vegas had the ladies in the audience swooning as he showed off his vocal range on soulful numbers such as Thinking Out. He was joined on stage by Natel for the delivery of their cover of the Jon B & Babyface 1990s R&B hit song Someone To Love, which had the ladies screaming at the top of their lungs.

Special mention must be made of Mr. Vegas' new backing band, the 440 Band, as they never missed a beat during his high energy performance. 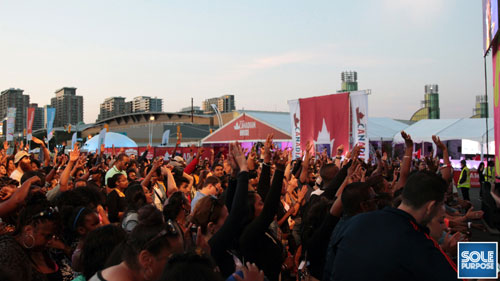 Vegas said he is happy with the response he and his MV Crew received at the event which was held during the Pan Am Games, at the CIBC Pan Am Park at the Factoria Circular in Toronto.

"I'm pleased with the response from the audience to my performance. I had a great time performing for them and they were very receptive to me. Latty J and Natel were also well received, they did a great job opening the show."

Mr. Vegas and his MV Music Crew is currently in Europe on a month long tour that will include appearance in a number of countries including Italy, Spain, Germany and France.