Da'ville Opens Up About Fatherhood And His New Hit Single 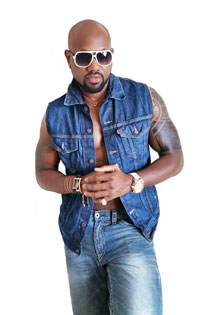 Da’Ville is ready to reclaim his place in the local music spotlight.

“This song was originally done by the English Pop group, One Direction. It's a song I fell in love with after hearing it the first time, so I decided to produce a cover version of it. It was released on my new label Global Merchant Music Group LLC a few weeks ago; it is doing really well. It’s getting a lot of rotation both locally and abroad.”

After a highly publicized breakup with his ex-wife and former manager in 2013, not much has been heard from Da’Ville locally. However, the easy going singer whose real name is Orville Thomas has been very busy on the international music scene.

“I kept my focus and continued touring and performing all over the world. Over the last two years I have performed in a number of places overseas including St. Barths, Anguilla, Canada, Hawaii, Grenada, St. Lucia, the US and Japan,” said Da’Ville.

He also won the award for The Best Crossover Reggae Song at the prestigious Kenya Music Awards in Kenya for his reggae version of Justin Timberlake’s, Mirror in 2014.

Late last year Da’Ville took a brief hiatus for the birth of his son Thorian, who was born in November.

“I feel privileged that I have the ability to schedule the time to be with my newborn son. I am very grateful that the Lord has blessed me with a career that allows me to spend a significant amount of time with him and his mom.”

Da’Ville said he is not worried about his prolonged absence from local music scene because he knows that his fans in Jamaica love him.

“I am especially grateful to all my loyal fans, their love and support for my music is greatly appreciated. I can and will continue to make the music that they have grown to love from Da'Ville, ” he said confidently.