Breaking News: Lucy Emancipates Herself From The Queen Of Bacchanal 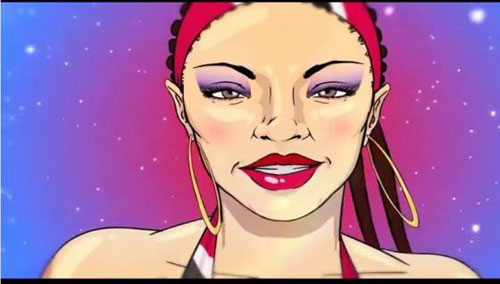 Port-of-Spain, Trinidad. Oct 5, 2015 - After a successful Carnival debut in which her name was on the lips of every soca lover, Lucy has decided to go solo.

The “looser than loose” performer has announced her emancipation from Destra Garcia, the Queen of Bacchanal.

Lucy believes she has to strike while the iron is hot as she drops her first solo release "Show off".

In what she denies is a veiled jab at the QoB, Lucy sings "yuh have all day bottom for nutten, yuh feel yuh come here for nutten, if yuh doh know what yuh have then lemme show you something."

Fans of Lucy will see her perform the song in her video which she promises will be spicier than the Lucy video.


Contacted for a comment on this latest development, the Queen of Bacchanal said she supported Lucy's evolution as an artist but the time has come for them to part ways.

“Here's the real scoop. Lucy has become very ambitious and feels that she should steer her own career. She and I have two different personalities and responsibilities and have different realities when it comes to performing. She wasn't happy with my interpretation and representation of Lucy and felt that I wasn't Lewd or rude enough. I became skeptical about doing another track with her and refused to release her soon to be released debut single 'Show off' because our relationship was already starting to feel a bit of strain,” said the QoB.

“Things took a bad turn when she leaked the track for Crop Over without my permission and I had to incur some losses as I attempted to remove the song from the airwaves. Since then she has done over the song without me and emancipated herself from the #QOB brand. I do feel a bit hurt and disrespected by this random act of Disloyalty but nonetheless were still cool and I wish her all the best!”

Would Lucy make it on her own? Would “Show off” be a runaway success? To keep up with Lucy follow her on Instagram at Callmelucy1.