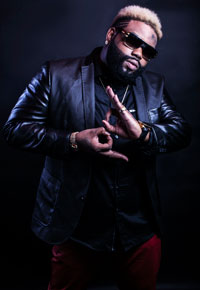 The event that is staged annually by Ephraim Martin to honor the work and achievements of Reggae, Dancehall, Calypso, Soca and World Music artistes was held at the Bailey Concert Hall, in Fort Lauderdale, Florida on Sunday October 4th, 2015.

"2014 was a tremendously successful year for me, I had a lot of hits. I am very happy that the IRAWMA Awards have recognized the work I'm doing by honoring me with this award. I feel truly blessed and grateful for this achievement," said Demarco.

Demarco is currently heating up the local music scene with a number of popular songs such Who the Hell Cares, Lava, Case and Pop Mi Collar, which is dedicated to Gerald 'Bogle' Levy.

"The hits continue to flow, I'm making music that resonates with the streets and the people love it."

Demarco is booked to perform at the Port Royal Seafood Festival which is scheduled to take place on Heroes Day, October 19th at the Caribbean Maritime Institute campus in Port Royal.