Winston Tavares said, "Arrivals set the tone for the carnival weekend. Soca Brainwash kept the feverish pace going."
Before I begin, let me say this.

If you went to Miami Carnival then you KNOW what I am getting ready to say is 100% REAL!!!

MY GOODNESS!!!! I am having one heluva time concentrating.  All I can think about are the fetes, the road and soca.  When I sit down at the computer, for some odd reason my fingers scroll on over to google or youtube or facebook and my mind tries to find a picture or a video that will take me back to Miami, if only for a second.

Now on to the topic of the day. 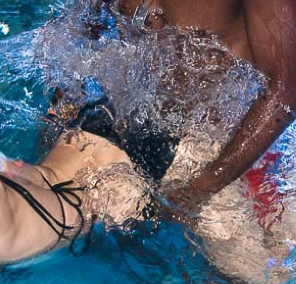 Before I talk about Arrivals please allow me to disclose a few things. First and foremost, Arrivals is a fete hosted and run by TriniJungleJuice.  I, The Carnival Doctor, work for TriniJungleJuice so my review about the fete is going to have some bias. I openly admit that.  Secondly, I did not attend the Arrivals fete, so I had to do much journalistic digging and research through conversations, reviews and personal feedback. Third, Arrivals is a pool party with more "skin" and less clothes which gives it a DISTINCT advantage from the types of persons it attracts and those in attendance. Those are just natural biases which are in play and I want to disclose those before I begin digging in.

So, now that we are clear.

Now, I did not attend Arrivals but I will say this, Soca Brainwash was the best fete that I attended during Miami Carnival. The setting, the venue, the time were all great.  The process of getting drinks was something that can be streamlined but hell, it was the first time in Miami. 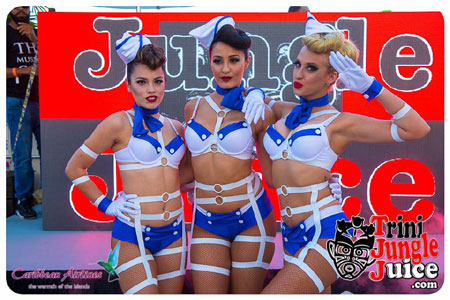 Back to Trini Jungle Juice: Arrivals.....

I got some more feedback concerning Arrivals from my man Winston Tavares who said, "Arrivals set the tone for the carnival weekend. Soca Brainwash kept the feverish pace going."

And from the data on the servers and through Facebook, the views of the pictures from Arrivals SMOKES the views for Soca Brainwash.

And although there is no way to compare one fete to another for which you have not attended, you can submit the data and the feedback and those are the facts.

On to Soca Brainwash

Just so that you know, the first thing that I do in every fete that I attend and have to write about is go to the restroom/bathroom area.  That's the first thing.  Soca Brainwash passed my bathroom test, hands down.

I cannot tell you how many fetes sell male and female tickets and do not account for the different amenities that women need when utilizing restrooms.  Man, this is NOT j'ouvert.  These are fetes and most of them high-end fetes.  In such fetes I am expecting the restroom area to be top notch as it was in Soca Brainwash. 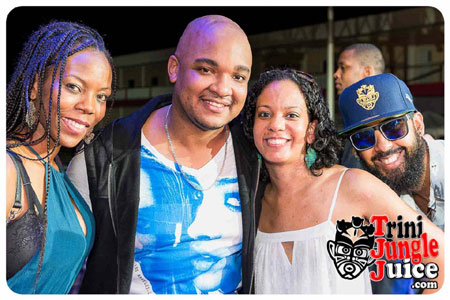 The one thing that I enjoy watching is DJ Private Ryan walk around the crowd and tell people thank you for coming out.  He talks to everyone, never acts like he's too busy, is gracious and addresses the crowd personally before he goes in the DJ booth and after.   This is huge. And it's a personal touch that is recognized many in attendance.

To say that the music was superb is an understatement.  Every DJ that graced the stage was great.

Uh.......... One of the hosts asked the women to come on the stage and dance and they stayed on the stage all night.  FOR DAMN NEAR THE ENTIRE FETE. Or at least the whole time that DJ Private Ryan was playing.

And I'm serious about that.  DEAD SERIOUS. Some people had folks in their crew that went on stage and never came back.

The best part of Soca Brainwash for me was watching my cousin Felicia Ferguson and my baby sister, Alexandra Jones, who were both celebrating their birthdays that weekend have the time of their life.  Alexandra told me, "This was the best birthday ever!"  And my cousin Felicia said, "Rhadi, I want you to know I ahd such a great time adn I'm so glad i have the great time with you."  And that alone, made Soca Brainwash the best fete for me during carnival. Because THAT happened at Soca Brainwash.  To see both of them enjoying themselves and having a great time was a surreal moment for me.  There's nothing like fetting with your family. 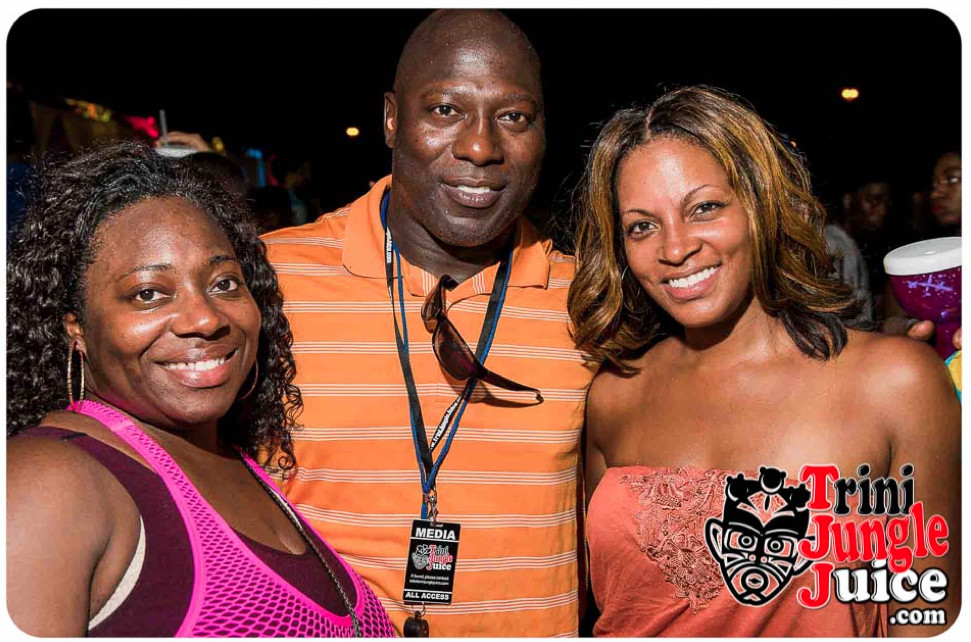 Some are a great fit and some are not.

With that being said, there is no fete that is better than another fete. There are fetes that are better FOR YOU than others. And this changes with time.  So, fete until you cyah fete no more. And enjoy the different experiences that each fete offers and brings.