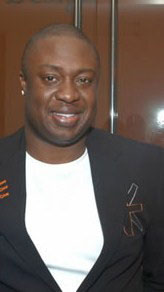 Atlanta, GA, February 16, 2009 – On Sunday, February 15, 2009, Gwinnett County police reported that they found the body of Island Coast President and CEO Marc Stewart. The 36-year old was found in his Ford Explorer in a parking lot in Gwinnett County, where he was pronounced dead. The Gwinnett County Medical Examiner's office is conducting an autopsy to determine the cause of death.

Fraudulent activity on Mr. Stewart's check card and use of his cell phone has not yet been confirmed.

Stewart is credited with producing some of the most successful, soca, hip-hop and R&B events in Atlanta, the Caribbean, and Europe through his marketing and promotions firm. He was instrumental in hosting such acts as Elephant Man, Beenie Man, Beres Hammond, Eddie Griffin and comedian Earthquake.

The family of Marc Stewart released the following statement on Monday, "It is with great sadness that we learned of Marc's death. He was a beloved son, father, friend and businessman who was known throughout the Atlanta community as hardworking, trustworthy and dedicated. His charm and professionalism captured the attention of many supporters, and the firm footprint he left behind will not easily fade away."

Marc Stewart was born August 28, 1972 in Bronx, NY. He attended Cardinal Spellman High School in the Bronx and graduated from Morehouse College in 1996 with a B.S. in Psychology. He is survived by his parents, Glen and Patricia Stewart and a 2-year daughter, Kennedy Stewart.

A celebration of the life of Marc Stewart will be held in Atlanta, GA in the near future.

For more information about funeral arrangements and the Marc Stewart Memorial