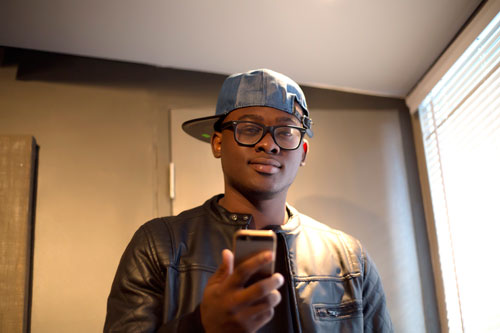 Port-of-Spain, Trinidad. November 16, 2015 -- The island of Trinidad and Tobago is proving, almost daily that it holds, within its bosom, some of the most talented and strong willed people in the world. A young DJ has worked his way to becoming a force not to be overlooked or slighted in the songwriting and music production business and he’s done this through sheer perseverance and the unwavering support of some of his peers.

The Copyright Organisation of Trinidad and Tobago recently held it’s annual awards show in Trinidad and among the recipients of awards was none other than 30-year-old radio DJ turned music producer and songwriter, Jerome Antoine, known best among his peers as Romie Rome. For many outside of Rome’s circle, this would certainly have come as quite a surprise. He’d been known for his DJing skills, being a staple to urban radio frequency, RED 96.7FM since 2006, but in 2015, he would prove to be much more than meets the eye, becoming a key element of the creation process for the Jam Band riddim, which featured Trinidad and Tobago soca hit makers such as Machel Montano, Kes The Band, Shradah, Ricardo Drue and Erphaan Alves. Rome had produced the riddim with the assistance of Precision Productions’ Kasey Phillips. It was for this deliverable that he secured honors from the COTT committee who coined him the year’s best new male songwriter.

Certainly a major accomplishment for the young up and comer, the accolade now places him in a position to penetrate the soca market even further. “Getting to this point and being awarded for what others felt was good, feels really good and makes me want to strive to keep that happening,” he said. He’s got the support of some of the local music industry’s biggest names, among them, his Radioactive Sound system mentor, Hypa Hoppa and RED96.7FM prime time host, Chinee who has a strong voice and major following on the urban dial.

Antoine has been making his mark in various facets of the music industry and plans on challenging himself to be the greatest he can be as his journey continues. Ahead of the upcoming Carnival season in T&T, Rome is working arduously alongside some well known and up and coming acts. Presently, he’s preoccupied with offerings still to be released by Shradah, Erphaan Alves, Preedy and Sekon Sta.