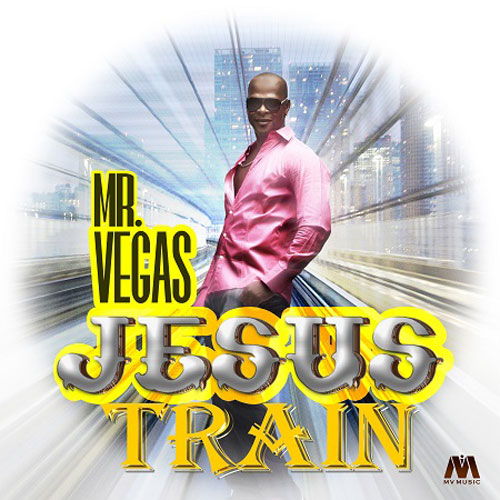 The song that was released on his MV Music label is currently enjoying rotation on popular Gospel radio stations.

Gospel Train has sparked widespread speculation among fans and music industry insiders, as to whether or not Vegas is planning to follow the foots steps of former high profile Dancehall acts like Papa San and Lieutenant Stitchie, who converted to Christianity at the height of their careers in the late 90s and eventually launched successful Gospel music careers.

In a recent interview he responded to the speculations, “I am Man of God, I’m a very spiritual person, and Gospel music is something I enjoy a lot. Over the years, I’ve put out a lot of songs that are popular among the Christian community like I Am Blessed, Up Deh Up Deh and Give Thanks For Life.”

“As to whether or not I am going to become a Gospel act, we’ll just have to wait and see what God has planned for me. In the meantime, I want my fans to enjoy Jesus Train.”

I’m going to drop an album called Gospel Rock next September, I’m very excited about it, this is the part of my music I enjoy the most,” said Vegas.

Mr. Vegas is currently touring Europe in support of his album called Lovers Rock & Soul that was released in October.