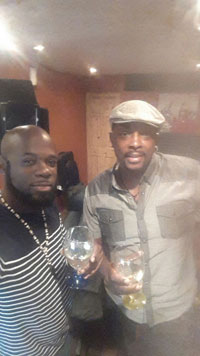 The two have been working together on the track titled “Awesome” for the last couple months. "I’ve realize my style of writing is no longer working and in order for me to stay current and connect with my audience, I have to work with other writers who have different styles and fresher concepts" said Douglas."Awesome" is set to be released next week.

Anslem, who has been in the soca industry for over twenty five years, is currently in the process of rebranding himself and assures fans that they can look out for a new image and sound for Carnival 2016.

Apart from his music, Anslem realizes the importance of social media in promoting his brand. "When I started out singing we didn't have Facebook, Twitter nor Instagram. Promoting and marketing the music was mostly via the radio and word of mouth. Sometimes it's hard to keep up with the social media trends, but I'm not giving up, I need it!"

With the short Carnival season fast approaching,Anslem is also set to launch his own line of Anslem Douglas apparel soon. He also has released two songs "Celebrate" and "Two Days", the latter was written by fellow artiste and radio personality RKG.

About Anslem Douglas
Passionate about his country and culture, Anslem Douglas is the songwriter of the Internationallyacclaimed and Grammy Award-winning hit “Who Let The Dogs Out?,” and in 2014 he won the Black Canadian Award for Best Caribbean Style Artist. 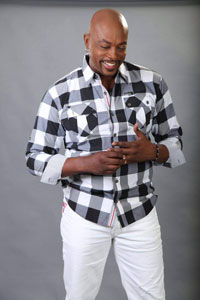 He performed with some of the biggest bands out of Trinidad like Fire Flight (with whom he recorded his first song in 1988) and Atlantik. During this time he delivered some other mega hits like “RaggaPoomPoom” and “Good Music To Dance.”

Anslem has musically delved into the entire gamut of human experiences from “Friend” on the Soul Island album and “Ooh Ahh”, the smooth jazz hit produced by Eddie Bullen and written by Anslem on the same record, to the social outrage of “Abuse” featured on his Sir Anslem Douglas album released in 2000.