Chuck Gordon: "Kaiso Hat-Trick is on the Cards"

Laventille, Port-Of-Spain - Back to back National Calypso Monarch Chuck Gordon believes a hat-trick of victories in the competition is well and truly on this Carnival.

The reigning monarch made his first move towards the feat with the release of his first 2016 calypso offering "It Eh Go Wuk", a melodic tale of relationships, compatibility and love for culture that is already being well received by calypso audiences.

"We have done the work and created music that we are well pleased with. It is on that strength that I can say with assurance and without apology that we're going to be very hard to beat on Dimanche Gras night," said the supremely confident singer.

Written by Gordon and Fazad "Unkle Joe" Shageer with melodies by acclaimed pannist Ray Holman and production by star chutney music arranger Rishi Mahatoo, the song tells of the singer being forced to reexamine the future of a personal relationship with a woman.

"I am in love and I am still young/ So ah decide I want to settle down/But before I make that sacred vow/ Ah want to know what she like and eh like now/ She say Chuck boy ah just want you to know/ Ah doh like soca, chutney, pan or calypso/ Meh eyes turn red, ah went into shock/ then ah tell mehself this ting eh go wuk," he sings. 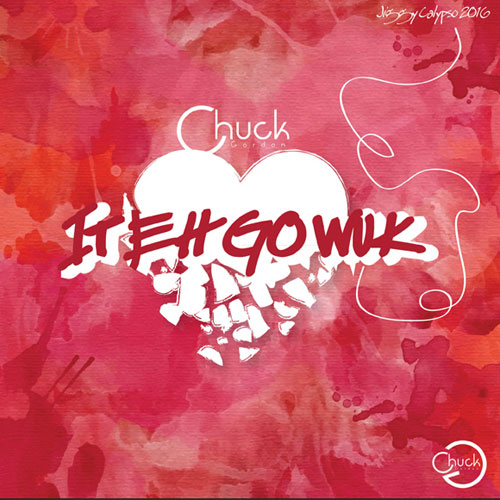 Chuck, real name Roderick Gordon, created history when he became the second youngest winner, at age 26, of the National Calypso Monarch competition in 2014 singing "Whey Yuh Think" and "Wedding of the Century". Only Slinger "Mighty Sparrow" Francisco, was younger when he first won the competition at age 21 in 1956.

Gordon again carved his name into the history books in 2015 by becoming only the sixth act to achieve consecutive titles with "The Rose" and "I Believe". Calypso greats Atilla the Hun, Lord Melody, Striker, Sparrow, Duke and Chalkdust (on two separate occasions) also previously recorded back to back wins during the competition's storied history.

In 2016 he has the opportunity to write even more kaiso folklore and become the third calypsonian, after Duke and Sparrow, to complete the three-peat. Duke incidentally holds the record at four titles in a row.

Gordon said titles aside his main focus remains the development of his brand of calypso music, which he has called Jiggy Calypso, which is danceable, melodic and content based.

"Titles are great, but for me the work is much more than winning a crown. I want to say things. My purpose and vision through Jiggy Calypso is to assist in the process of developing a single Trinbagonian identity," he concluded.

Call in to your favourite radio stations to request Chuck Gordon 's "It Eh Go Wuk" or log on to his social media pages for a personalized experience and more information.