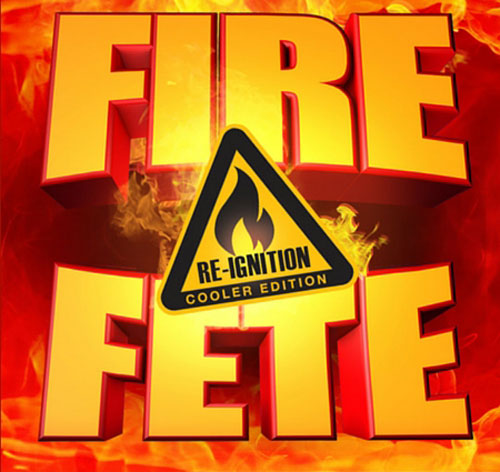 Port-of-Spain, Trinidad. January 14, 2016 - Despite efforts to create a traditional option to carnival feting for thousands visiting T&T from abroad, by adjusting the date of the annual Fire Fete to February 3rd, the Trinidad and Tobago Fire Services have been forced to cancel the event altogether.

Together with the organizing committee charged with the responsibility of putting on the event, expressions of regret are being sent to loyal patrons and those who would have become enthused by the opportunity to attend Fire Fete on February 3rd. The decision by the TTFS to cancel the event has been made in light of failed efforts to attain necessary licenses to put on the fete.

“We truly regret the circumstances this year and we hope that Fire Fete will, in Carnival 2017 and beyond, be a strong option for real carnival fetters, when it comes to their fete choices,” said an organizer. He explained that the timeframe for acquiring licenses was simply too short following the change of date, this despite efforts to speed up the process.

Fire Fete will likely return in Carnival 2017 and in the interim, patrons of carnival, those at home in the Caribbean and visiting from international destinations, are wished a safe and enjoyable season.

Patrons, who have purchased tickets for Fire Fete 2016, are advised to return to the outlets where their tickets were purchased, to collect a full and immediate refund. The Trinidad and Tobago Fire Service and the event’s organisers, apologizes for any inconvenience caused.