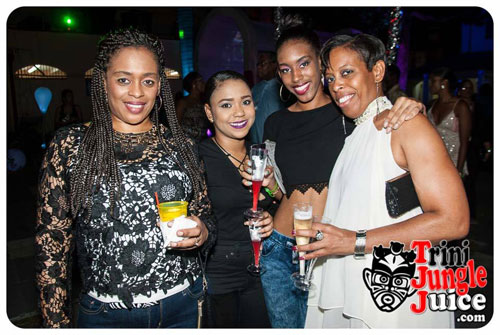 It was not “Non Nobis, Domine!” being sung from the hallowed halls of this revered 1920’s educational dynasty affectionately known as Bishops, but it was "Alle, Alle, Alle" a song of equalling crescendo that ushered in the beginning of the best All Inclusive Fete of C2K16 simply known as Hilarians' Fete!

The usual perfect formula was in play as the sponsored zones were in place, specialty food and drink bars were running with high quality service and efficiency, and the massive stage was set up for awe-inspiring performances and light shows.  And unlike other earlier events, this one appeared not to be affected by the impending recession as the Bishops' faithful still came out in their numbers.

The line up this year again included bands Dil E Nadan and Roy Cape All Stars.  But it was the Archbishops of Soca Road March Queen Fay-Ann and Vi-King Bunji Garlin along with The Asylum Vikings that delivered the perfect sermon as they repeatedly exchanged the mic channeling the clergy through their litany of Soca!  However it was the unscripted parts of this sermon that really stole the show.  Firstly Bunji was asked to make an announcement for the removal of some illegally parked cars but instead, without missing a beat, he delivered the message in Free Style form listing over a dozen license plate numbers along with reasons not to park illegally, the associated fines and where to go an collect your car to the extreme delight of the crowd.  And then it was Fay-Ann who decided to take new comer GBM Nutron back to school after he failed to move the crowd with his hit "Scene" (Business in the Road) by joining him to remix his own song ("Scene Remix") on the spot by creating a response from a woman’s point of view which had every Hilarian in the crowd vociferously backing her. 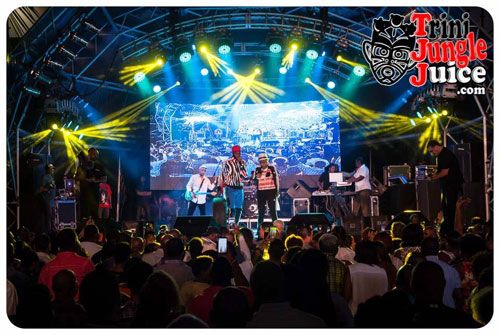 In the end it was Hot Mouth Granny, accompanied by Baron and local comedian Fleeky, who once again that brought the house down as she delivered her 2015 International Power Soca Monarch 3rd place wining hit "Go Granny" , but unlike last year when she needed the assistance of a cane and had to be administered oxygen during her performance she instead brought out a young strong man to ‘ress ah wine on she!’