Tuesday On The Rocks 2016 Review

Calling all Kes The Band fans! "Ain't nothing like fetein' with meh people!" 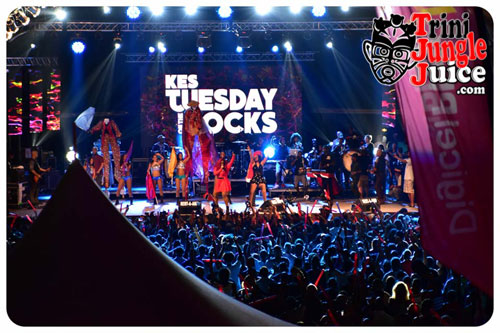 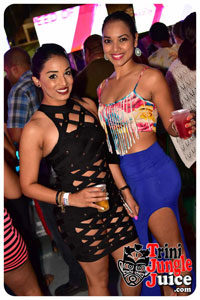 Those aren't just the lyrics that starts off his 2016 hit song "People", the band made it abundantly clear that it has become the band's credo. While I run the risk of being pinned a Kes groupie, I must admit that KTB has become my all time favorite for Soca music.

Focusing first on Tuesday On The Rocks, I'll quote another of their 2016 hits, "There could never ever be a carnival, no fete, no party without them woman dey" (Unlimited Vibes). The concert was amazingly produced with an all star lineup and unlimited vibes. The stage definitely had to be built strong to survive the mashup performances from Jamaican star Cham, New York star Lyrikal, St. Lucian star Teddyson John, Billboard stars OMI and R.City and local stars and historical figures such as Shadow and David Rudder (just to name a few). In between each of those as well as alongside them were Kes and his full band lashing out hit after hit. I can go on and on about the beautiful crowd and awesome atmosphere at the concert but you definitely have to be there to understand the experience. I'll just leave the rest of the review to the summary I've been giving everyone else "Two Big Stinking Thumbs Up!" 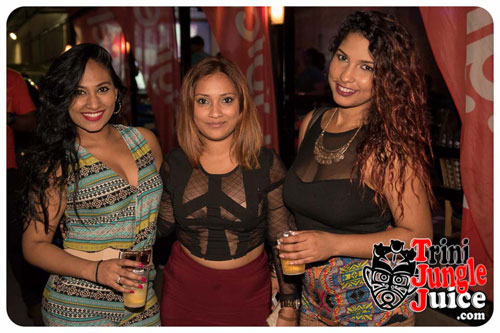 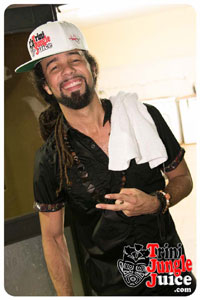 Fun Fact: If you've not known before, KTB does this amazing "give-back" to their fans in a bar-hopping show every Tuesday leading up to TOTR. Each Tuesday, they pick a different location where they do a meet and greet, take photos and even perform a few songs, ALL FOR FREE. With sponsorship powered by Digicel and Carib, this humble band makes it their mission to keep grounded and maintain a close personal relationship with their fans. Added to the end of Part 1's gallery are a few shots I've grabbed from one of those nights at The Rise in Chaguanas. The humble showman performed on the tiniest of stages, danced and took selfies among the rammed out building of fans. Even after trying to leave through the kitchen, he was boarded at the door at the back entrance by fans and he took photos with every single one of them!

Kudos to Kees and the entire band on an amazing show and for being role models in the industry. Wishing you guys all the best for the rest of the season on behalf of TriniJungleJuice.com.