Fall Out All Inclusive 2016 Review 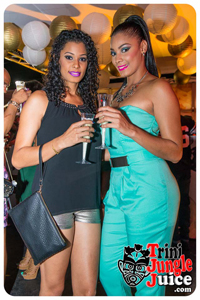 Fallout has been my Tuesday staple since the early days, down in the Chaguramas camp grounds when it was A.W.O.L  :-).  Since then, we've seen fetes come and we've seen fetes go.  Fallout however, definitely has staying power.  In a year of extreme cutbacks, it was even more impressive to see Fallout maintain its high standards.

We rolled into the fete around 9PM and things were just getting warmed up.  This was the perfect time to sample the delicacies.  The catering was diverse,  as we have come to expect from Fallout.  Chinese, Creole, curry everything,  and doubles, just to name a few.  Multiple bars for ease of access and a separate Johnny Walker bar where the Platinum and Gold were free flowing.

The performances began with an up and coming artist and then Naya George and Invasion took the stage, just after the MC for the evening arrived.  It was a very energetic and enthusiastic performance but I think they went on a little too long with reggae and oldies in the second half of their set.  By the time they got back into the soca, in true Trini style, all was forgiven!  Peter Ram took the stage at about 10:30 and took the fete up yet another notch with his 2016 smash hit 'All Ah We' and several other carnival classics from his lethal discography. 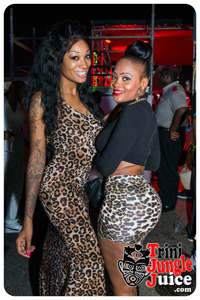 The dj's took over for a bit, before Hypa Sounds came on and electrified the crowd with 'Sugar Rush' and 'How She Like It', easily two top 10 2016 soca hits.  Ultra, the dj that took over after Hypa Sounds, really began to change the game and we heard smash hits like 'People' and 'Cheers To Life' for the first time for the night.  A fitting intro for what I would call 5th gear for the night.  GMB Nutron and Shal Marshal really put on a master class in entertainment.  Back to Basics then took it home, it was a totally different fete altogether by now, nuff said. :-)

In a 'recession' year and stiff competition from some new comers as well as Kes himself, Fallout has proven to have what it takes to keep the crowds coming back!  Shouts out to Ian, Chris and the entire team for a job well done.  See you next year for sure!

- Wade A. 'The Party Appraiser' aka Sigma Juice.