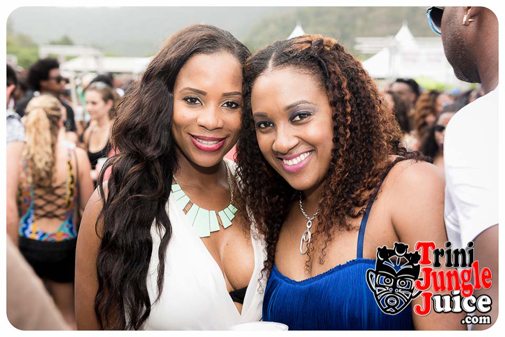 Years ago Vale Breakfast fete was my 1st true breakfast fete – I entered in complete awe ....... as much food and alcohol as I could ever desire, music pumping as the sun came up, beautiful/happy people welcoming everyone for a little wine, and as the fete pumped hard under the blazing sun a hose to wet everyone down (it both cools you off & energizes you to go wild in euphoric bliss).  I’d never experienced anything at this level of early morning feting with incredible abundance – it was indulgent bliss.

Each year tickets for Vale are magically scooped up without much a word going out.  It is a committee format release & for years has definitely maintained that close circle “family” feel like a massive family reunion of long lost relatives.  It’s part of what many say contributes to it being so easy for the fete to be guaranteed to have a comfortable environment to know the “Vale Vibe” will be achieved with smiling faces, warm embraces, and celebratory hugs a plenty. 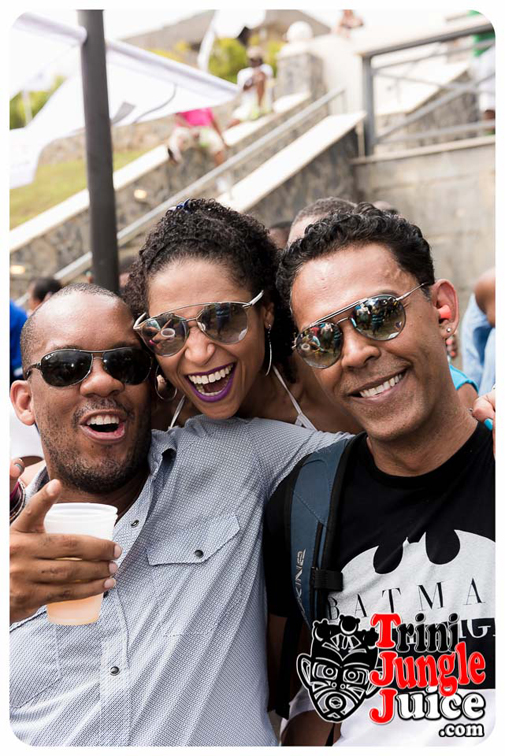 Being familiar with a fete leads one to develop a strategy/recipe to keep recapturing the joy and attempting to maximizing the experience from start to finish.  For Vale, that means upon entering immediately heading for an early morning bite.  Many of us are often either coming off 2-3 fetes in a row or just waking up after a bit of reprieve from days upon days of non-stop feteing so getting some sustenance is critical before the layers of alcohol that will coat your belly & the hours of wining that are about to ensue.  My first move is always to the Doubles line, and from there it’s working my way around looking for short lines or friends near the front of lines who’ll grab me an extra plate or cup of corn soup.  One of the challenges that I’ve seen is the Bake & Shark line is always incredibly long, and it’s usually the first station to shutdown/run out of food.  Knowing this is an annual issue it begs the question why they don’t change either the supply amount since they know the level of demand or add additional servers to expedite the line?

This year there was a bit of early morning rain, which led to a few umbrellas, makeshift cover ......while others reveled in it (personally, I found it refreshing & I always look to see who else is gonna take it to the next level because you get to be like a child and enjoy dancing in the rain). Thankfully, anyone bracing up soon relaxed and let the vibes flow as the light showers didn't last long.  Beyond the full bars it felt as though there was an expansion of sponsored bars (Appleton, Patron, etc) which served to help relieve some of the pressure/wait at the main bars. 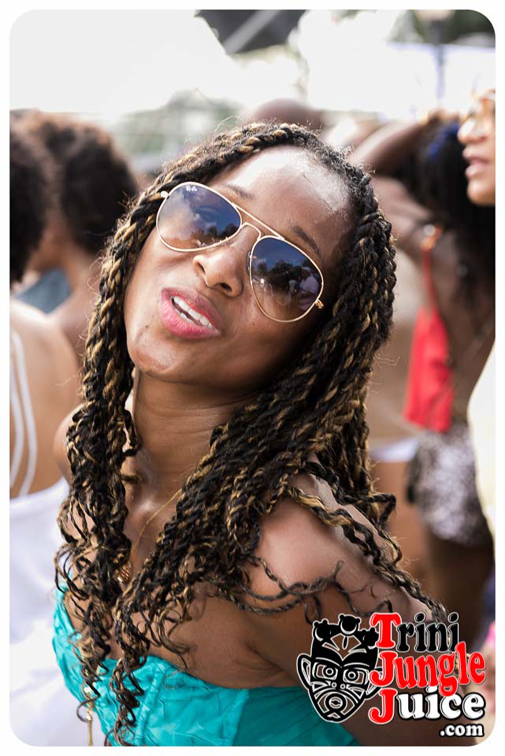 The challenge of being a veteran feter is that as you return year after year there is now a firm set of expectations as to level of service & the overall experience you see as the baseline standard.  It’s much like watching a movie repeatedly in that you clearly enjoy the movie or else you would have only watched it once, yet each time you notice new aspects that you may have missed previously & while you know how the story ends there’s a bit of nostalgia and a warm feeling that you appreciate having each time.  As you expand your portfolio of experiences there’s an even greater level of comparison – especially when fetes in lesser known or “newer” Carnival locations begin to raise the bar to another level.

Last year, I attended Sunnation Sunrise Breakfast Fete during Jamaica’s Carnival season and it literally blew my mind (again being the 1st time in attendance I had no expectations so it blew my mind, as well as many others - See Bacchanal Jamaica 2015 coverage) and raised the bar as to what a breakfast fete CAN be.  It was the best Breakfast Fete I’ve ever attended & now what I will compare any premium all-inclusive breakfast fete against (oh, and it was only $90 US). 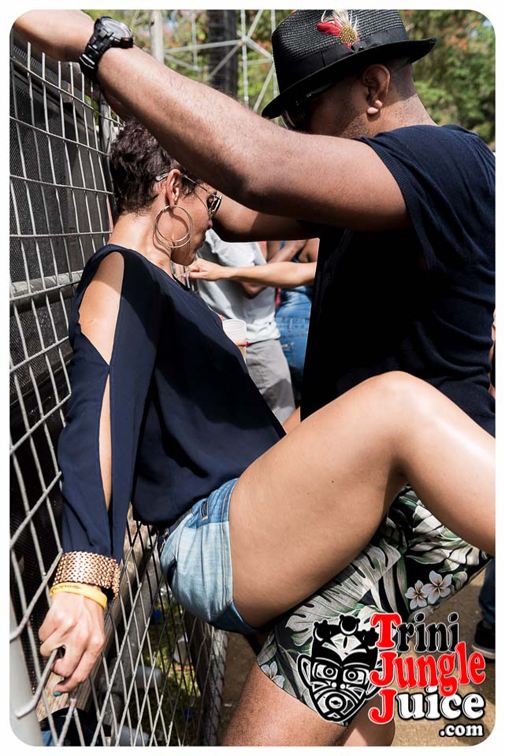 Periodically, throughout the fete a part of me internally struggled with was it me who changed, the fete, or a combination of the two.  Here’s the bigger issue, when you aren’t PRESENT IN THE MOMENT there is a disconnect in the mind that creates discomfort – you even begin searching for information to validate whatever story/programming is happening between your ears & I found it among some other veterans who’ve grown up coming to Vale saying “something is different” "I may have to try a new fete next year".  Yet, I could walk across the grounds and find countless groups of people having the time of their lives – whether at the champagne station, the Appleton’s station, in the middle of the food area, or dead center of the crowd.  So, while I do believe there were a few more minor glitches with service times at food & main bars – it’s clear what you focus on expands, and if you wanted to have a time .....you easily could do so, the ingredients were there, you just had to personally balance them properly.  That being said, much like in sports – once you’re on top everyone else has an eye on you and is looking to take the crown, so you must work doubly hard to keep it.  Right now, Vale’s committee should take a look in a few areas and do a serious self-assessment, listen to patron feedback, and see what can be adjusted/added to enhance patrons’ experience as the bar has been raised higher. 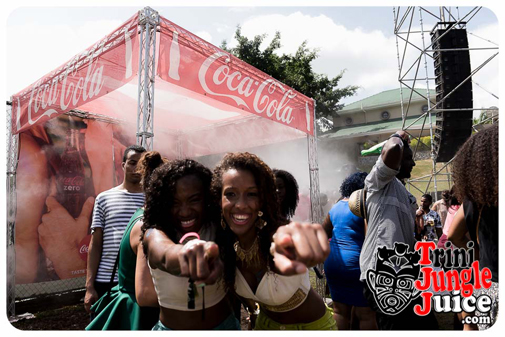 The following day I got a chance to catch up with Ricardo aka Back2Basics who’d been celebrating his birthday while DJing at Vale and got to see video from his perspective, and it was beautiful.  MASSIVE Circles formed with hundreds of feters uniting in bliss & all bedlam letting loose as the chorus of Kerwin’s came around.  THIS is what it’s all about.  The beauty of Carnival season is the expression of Caribbean culture – celebrating life, love, friendship & Soca where vibes grow organically and people jump in bliss together.

I was appreciative of having the opportunity to reflect & see the fete from another’s perspective and simply appreciate the beauty of the moment & celebration.  Speaking of celebrations ......this year Vale honored the long-time staple of entertainment – DJ Alicia D Duchess – rolling out a banner as a testament to her be inducted into their Wall of Fame for years upon years of incredible commitment & entertainment to the Vale crowds (whether the original breakfast fete, Vale Miami, or the new Vale cooler fete), Duchess has been holding it down. 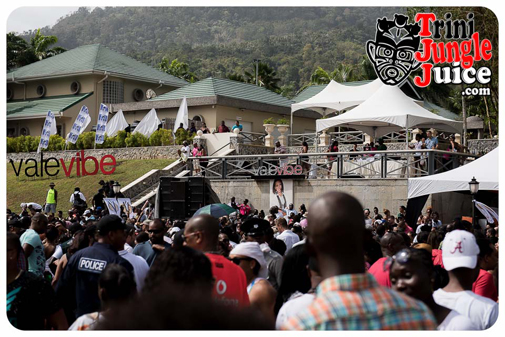 Stay tuned for the next installment of Trinidad Carnival 2016 review as we discuss something near & dear to my heart ...... J’Ouvert!

‘Til next time – Soca to de World,
Jouvert Mike

This article is part 7 of a 8 part series. Other articles in this series are shown below: